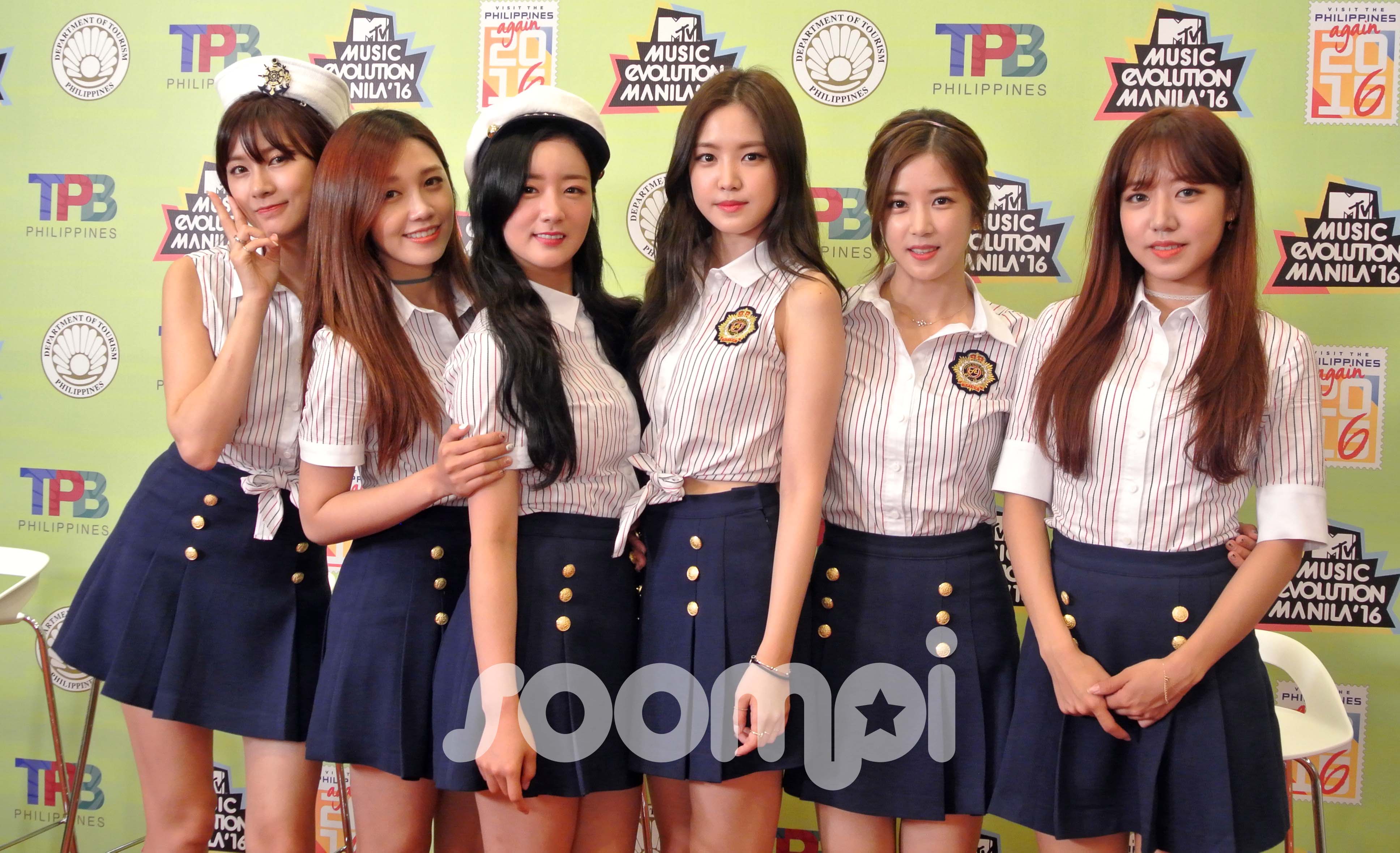 Soompi Interview: A Pink Turns On The Charm For Manila

Manila was tickled pink when A Pink came to perform a much-anticipated set at the MTV Music Evolution 2016! Soompi had a chance to sit down with these sweethearts for a lovely chat on music and future plans.

Soompi: What is your current favorite song?

Eunji: My favorite song right now is from Lyn sunbaenim, “Want to be Free.” It’s from the OST of the drama “Dear My Friends.” Because I’m a big fan of the drama, I turn on this song every morning and listen to it everyday.

Bomi: I’m a fan of “Show Me the Money,” so I’ve been listening to a lot of songs from that show.

Hayoung: I’m a fan of the drama “Full House.” I play all the songs from its OST all the time.

Naeun: AsOne sunbaenim has a new album out. I’m listening to all the songs in that album now.

Soompi: So we’re taking it that you’re most excited to see Bebe Rexha?

On that note, Chorong expressed the group’s excitement on taking the stage with other non-K-pop artists. She said, “We’re really curious to see the performances of all the other artists. Not only Namjoo, who has already said she really likes Bebe Rexha. It’s a new thing for us to get to see other international artists. We don’t get to see them often.”

Chorong had also taken a particular liking for Philippine mangoes. Within a few hours of arriving in Manila, the self-confessed fruit fan was happy and thankful to have tasted a lot of the tropical delights, including the famed mangoes.

“They are some of the best I’ve tasted so far,” she said.

In other news, Pink Pandas can look forward to a new album and perhaps a concert after that. A Pink said they are not sure of anything yet and cannot reveal much, but they are already preparing new songs for a release. But first, they will be filming a reality show, in which each member will be travelling to a different country.

Eunji said, “The countries we will each travel to had been decided earlier on, and regretfully, the Philippines isn’t one of them.”

However, Chorong gave Philippines’ Pink Pandas a lot of hope. She said, “If there will be a chance to visit the Philippines again, with all of the members, we will be happy to be back.”

The Philippines will be very happy to see A Pink back, if the rain-soaked crowd at MTV Evolution is anything to go by. 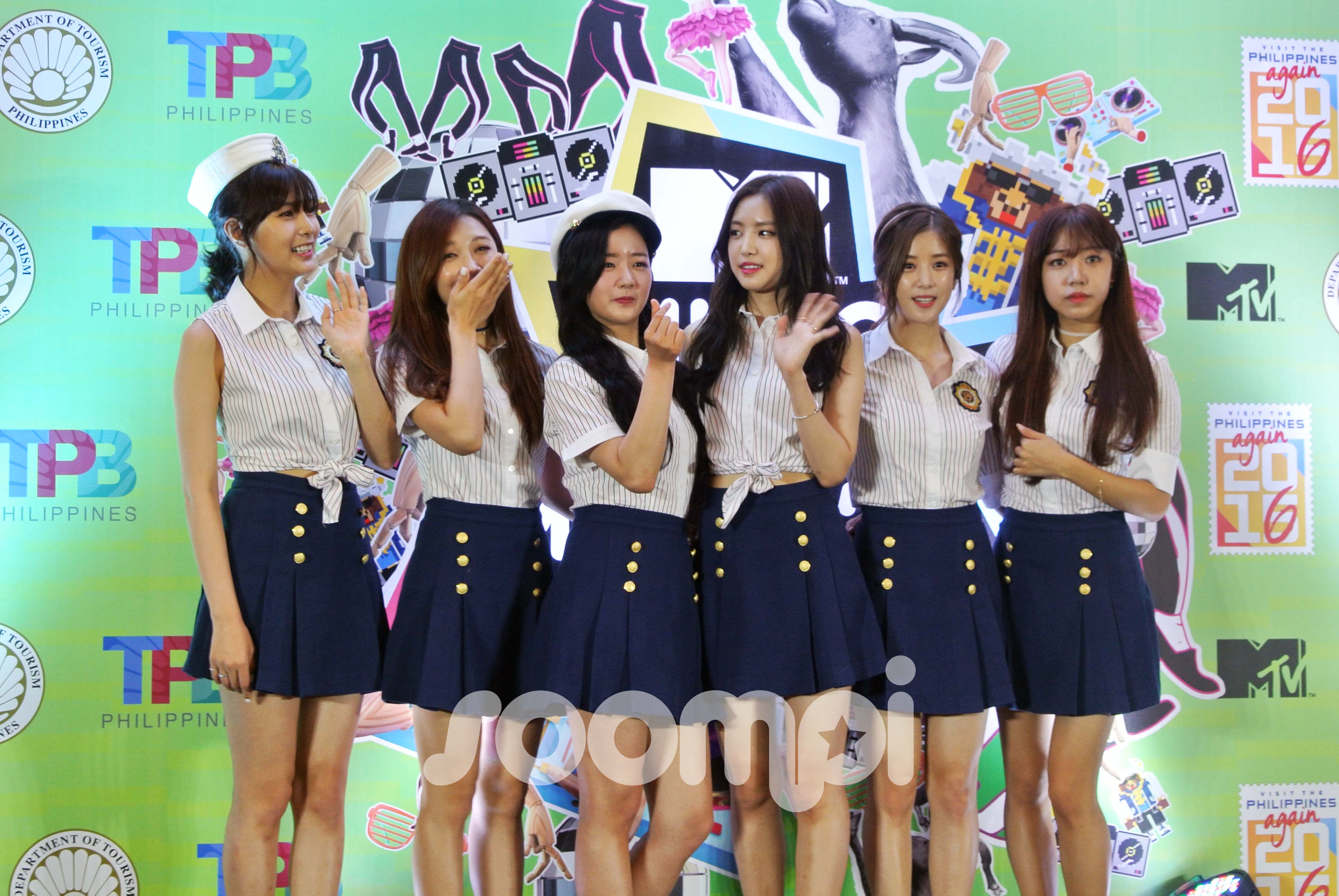 Thanks to our friends from MTV Asia and EON Communications for our face-time with A Pink!

Apink
Soompi Spotlight
How does this article make you feel?