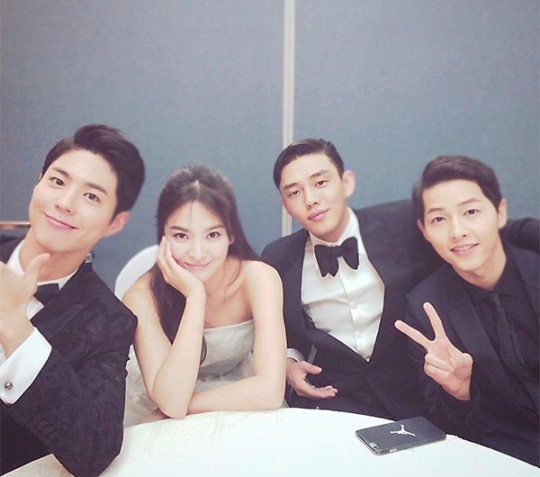 Recently, false rumors about Song Joong Ki and Park Bo Gum being with Park Yoochun at the time of the alleged sexual assault that occurred in the late hours of June 3/early hours of June 4 have been spreading.

Their agency UAA stated, “On the date June 3, mentioned in the rumor, Song Hye Kyo, Yoo Ah In, and Song Joong Ki were enjoying dinner together along with their managers. The rumor is not true.”

On the night of June 3, the actors were at the Baeksang Arts Awards and went to have dinner following the awards ceremony. A news outlet even snapped photos of them at their after-party meeting.