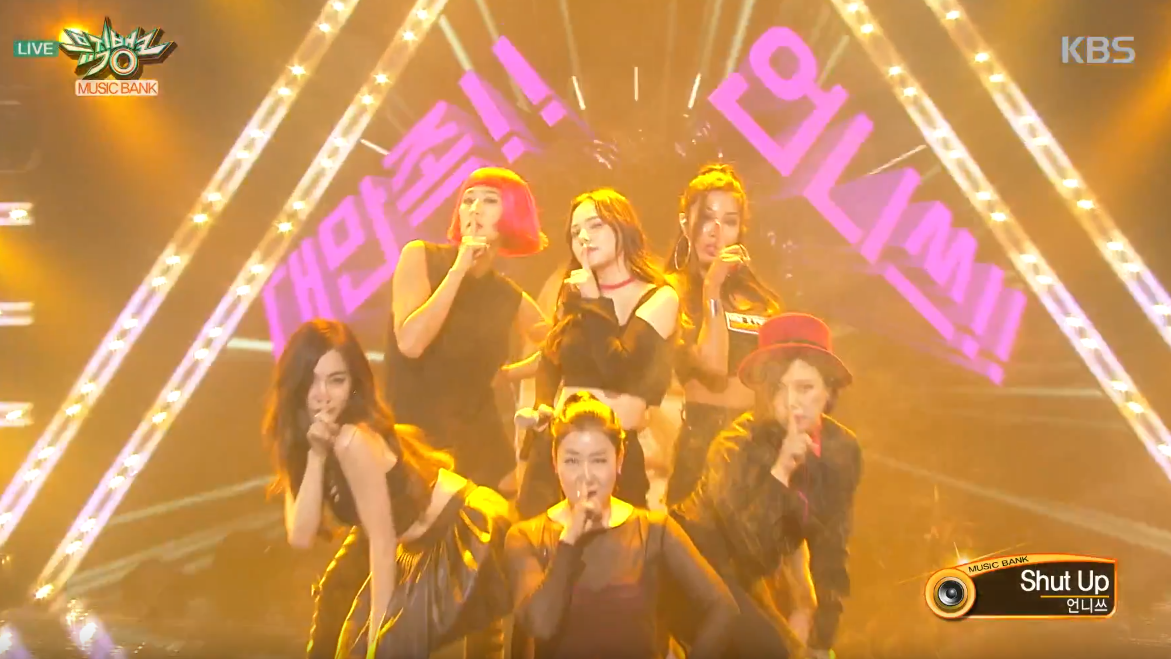 The group formed from the variety show performed on the July 1 episode of KBS2’s “Music Bank.” The music show includes some clips from “Sister’s Slam Dunk” showing their sweat and tears. After working and practicing tirelessly, the group achieved their goals and debuted on a music show.

Despite the majority of the members not being singers, the group pulls off their choreography and singing live extremely well. They obviously have fun and enjoy their performance, too.

Watch their debut performance of “Shut Up” below!

You can also catch up on the latest episode of “Sister’s Slam Dunk” below!

Music Bank
Sister's Slam Dunk
Unnies
How does this article make you feel?