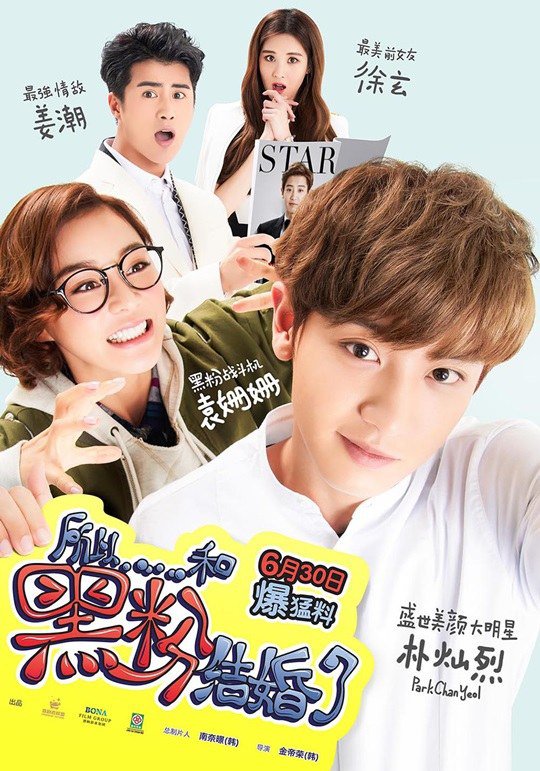 Within less than 24 hours since its release on June 30, “So I Married an Anti-Fan” (also known as “No One’s Life Is Easy”) makes a stellar showing with impressive sales.

According to data from China Boxoffice (CBO), “So I Married an Anti-Fan” already exceeded 28 million yuan, or 4.9 billion won (approximately $4.3 million), in sales by 1:30 p.m. KST, only hours after opening.

On the morning of its opening day, it managed to beat out all the Hollywood blockbusters to take the first place spot at the box office, recording a market share of 30 percent as well.

EXO’s Chanyeol plays top star Ho Joon in this movie, which also marks his big screen debut. He is joined by Mabel Yuan as Myo Myo, a magazine reporter who happens to be an anti-fan of Ho Joon. Based on a internet novel of the same name, the film is a romantic comedy that follows their adventures as they are forced to appear on a variety program together.

In addition to their roles, both lead actors lent their voices for the movie’s theme song, “I Hate You,” showing a great chemistry both on and off-screen.

Girls’ Generation’s Seohyun also makes her big screen debut in this film as Chanyeol’s first love, Irene, and has been receiving praise for her performance.

Besides its domestic opening in China, it premiered in other countries across Asia, such as Indonesia and Thailand, receiving huge support from fans internationally.

“So I Married an Anti-Fan” is available in select theaters in North America as well, so if you reside there, make sure to see if it’s playing near you!

EXO
Girls' Generation
So I Married an Anti-Fan
Mabel Yuan
Seohyun
Chanyeol
How does this article make you feel?