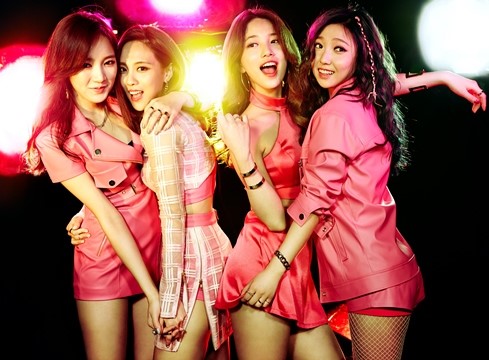 All four original members of miss A are celebrating their sixth anniversary with fans!

miss A debuted under JYP Entertainment on July 1 of 2010 with their track “Bad Girl Good Girl.” The group went on to release several other hits including “Breathe,” “Good Bye Baby,” “Touch,” “Hush,” and most recently “Only You” in 2015.

In May of this year, JYP announced that member Jia’s contract had expired with the company and she would be leaving the group, and stated that the other members Suzy, Fei, and Min are currently focusing on solo activities. It was recently announced that Fei is set to make her solo debut this summer.

On July 1, the official miss A Twitter account shared a collage of all four original members holding up handwritten letters for fans. The caption says, “Congratulations to miss A and say A on their sixth anniversary.”

Member Fei also posted on her Instagram to celebrate their anniversary.

六年过去，你们没变，我也是。只有一件事情，请你们和我一起，变得更好，更强，Miss A， 和你们，明年我们一起庆祝我们的变与不变。 Throughout these 5 years both you (our sayA) and i never changed. I do have to ask you all for a favour though, i hope that you can all be better and stronger with Miss A and celebrate next year together! 六년지났다.근데우리sayA변하지않았고 저도편하지않았다. 앞으로도 5주년 15주년 25주년 쭉..! 우리 변하지 말고 함께해요.. Say a .. ㅅ..ㅅㅏ…사랑합니다!