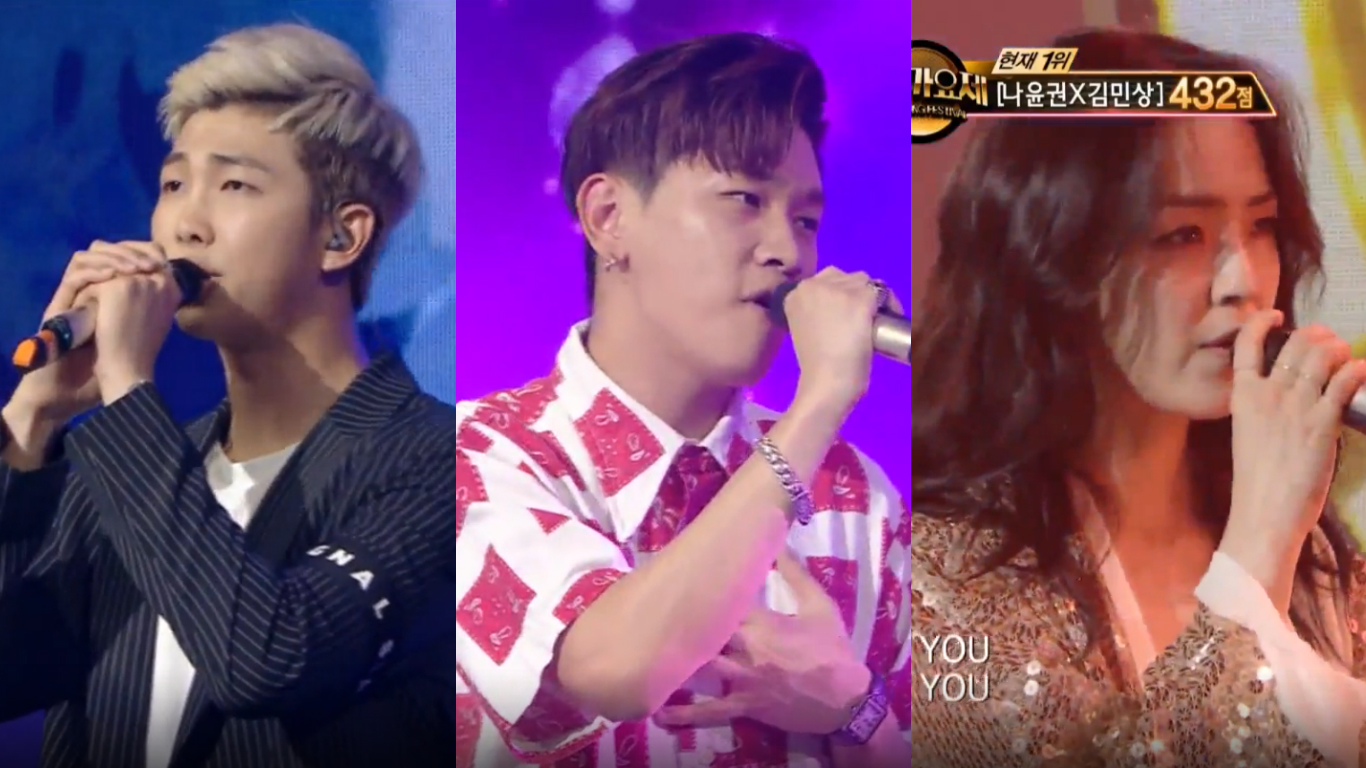 Heo Young Saeng is the returning champ this week! He, along with each of the other singers, performs a duet wtih their non-celebrity partner to try to secure the throne. John Park and Na Yoon Kwon were also voted to return this week by viewers as the acts they wanted to see again.

After the three new artists review the videos of applicants and choose their duet partners, the performances begin. John Park is first up with his partner Ahn Jae Man. They sing Kim Gun Mo’s “First Impression,” and grab a score of 415.

Next up is reigning champion Heo Young Saeng and his partner Lee Jeong Hyeok, who won last week with their cover of TVXQ’s “Mirotic.” This time, they perform BoA’s “Atlantis Princess,” and overtake the first performers with 427 points.

The newly formed duet of Crush and his partner, waitress Park Eun Ok, then perform Kim Dong Ryul’s “The Words I Love You,” earning 411 points from the audience.

Na Yoon Kwon and his partner Kim Man Sang then take the highest spot in the rankings so far, with 435 points for their cover of “Father” by Insooni.

Lastly, Kim Yoon Ah and her partner Chae Bo Hoon take the stage to perform BIGBANG’s “If You,” which earns them an impressive 443 points, a standing ovation, and the win!

What did you think of this week’s performances?