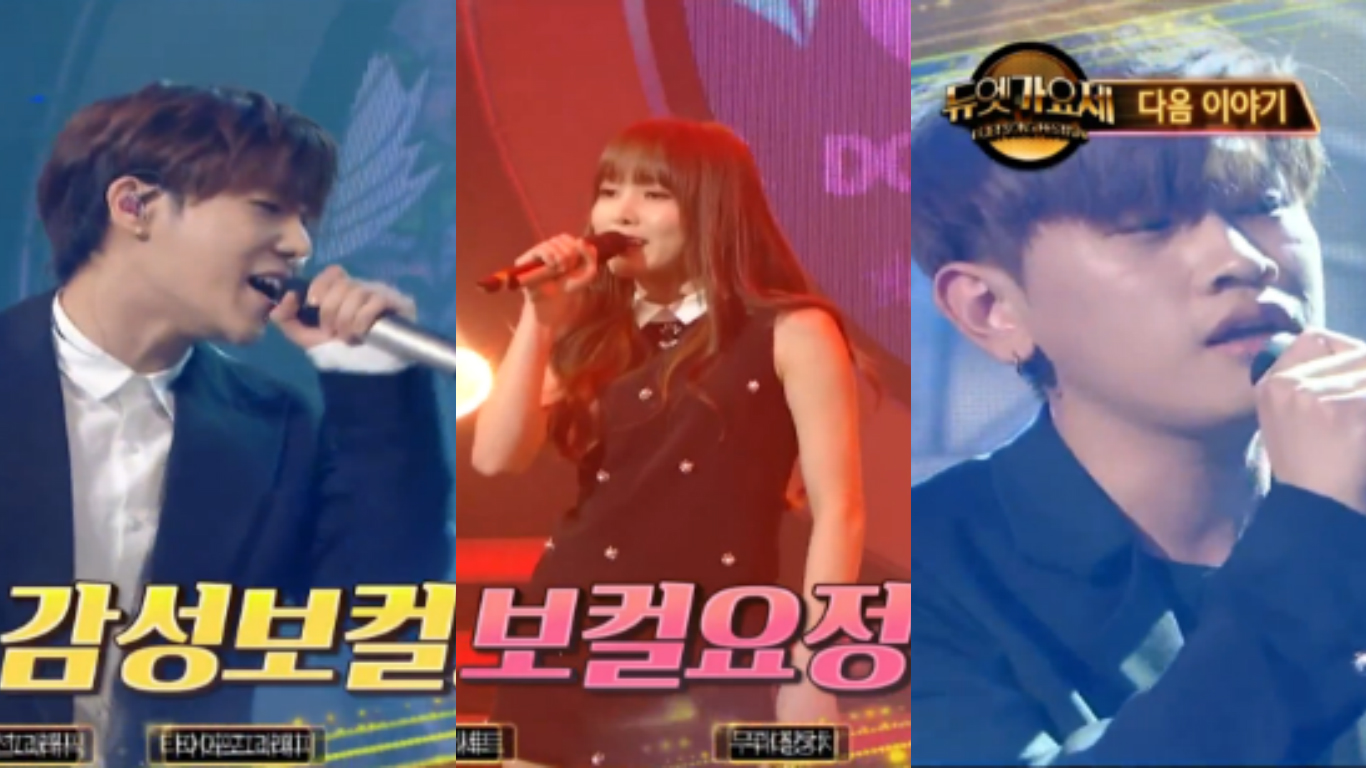 Next week’s episode of “Duet Song Festival” looks like it will feature plenty of awesome performances!

MBC’s competition show “Duet Song Festival” features famous artists pairing up with non-celebrities with impressive voices to stage duets and try to win the most votes from the audience. July 1’s episode of the show includes a teaser for next week, which gives us a hint of what we can expect from the next episode’s teams.

There will also be three new additions next week: INFINITE’s Sunggyu, GFRIEND’s Yuju, and singer Kim Feel. Each of the artists will be tasked with watching audition videos of non-celebrity applicants, and then convincing their desired applicant to perform with them.

The duo who grabs the highest score will be invited back for the following week’s show, along with two teams that the audience votes to see again.