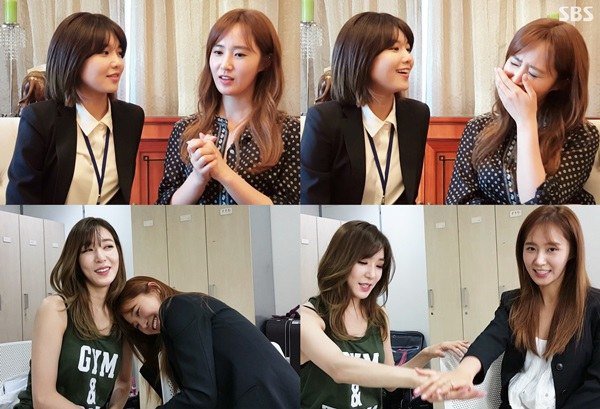 Ahead of the premiere of its new season, SBS television show “Law of the Jungle” has released a clip featuring Girls’ Generation members Sooyoung and Tiffany.

In the video, they cheer on fellow member Yuri, who is the first of the Girls’ Generation pack to do the show.

Sooyoung is not at all surprised that Yuri is the first to go, “I was wondering why Yuri wasn’t going on ‘Law of the Jungle,’ and now she finally is.”

Tiffany adds, “I think it’ll be so pretty. I feel like you’ll become a mermaid when you go there,” referring to the site for the new season, New Caledonia.

Yuri expresses worry about going to the restroom, building a house, and being hungry. Sooyoung reminds her, “You can’t wear makeup either.”

Tiffany assures Yuri, “It’s going to be pretty. You just need to stay in the water.”

“I will not do anything to muddy the name of Girls’ Generation,” Yuri says.

Girls' Generation
Law of the Jungle
Sooyoung
Tiffany
Yuri
How does this article make you feel?