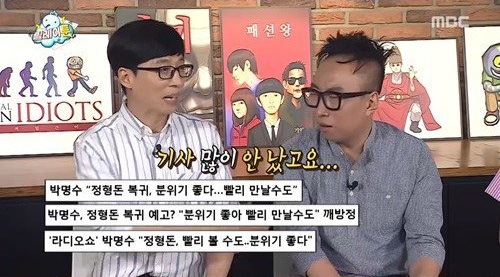 Park Myung Soo receives a scolding for talking about Jung Hyung Don on his radio program.

On the July 2 episode of MBC’s “Infinite Challenge,” the cast go into the topic of Jung Hyung Don.

Yoo Jae Suk says, “Myung Soo mentioned Hyung Don’s comeback on the radio and many articles came out about it,” referring to the June 22 broadcast of “KBS Cool FM,” where Park Myung Soo had stated, “Jung Hyung Don’s smile will help more people, so I want to cheer him on. I have a good feeling we might even see him again soon.” 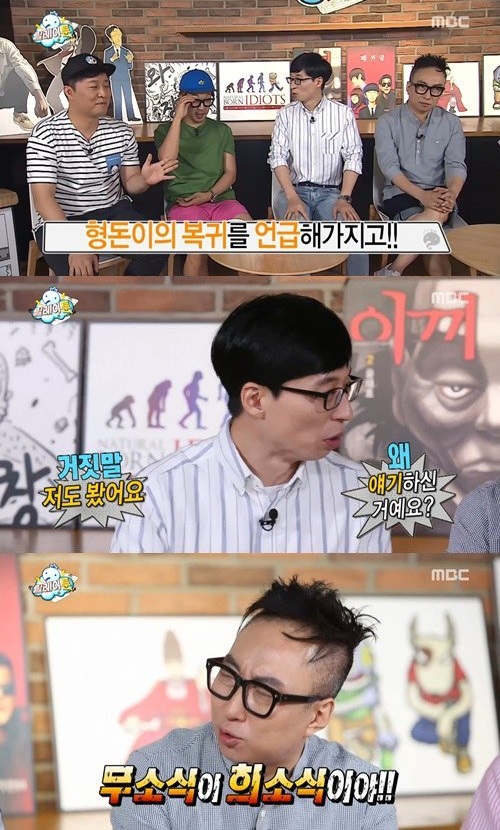 Jung Joon Ha comments, “You say that without even calling to ask about his health,” to which Park Myung Soo responds, “No news is good news.”

Hearing this, Yang Se Hyung chimes in, “I’m doing a radio show too. I don’t talk about him. That’s basic courtesy,”

Catch the latest episode of “Infinite Challenge” below!