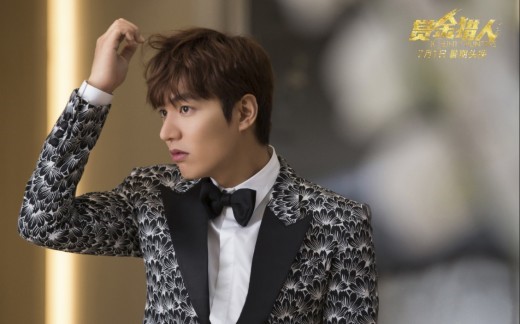 Star House Entertainment, the production company behind “Bounty Hunters,” released a statement on July 2. “On the first day of the film’s release in China, it grossed 9 billion won ($7.8 million).”

The film was screened 52,000 times on the first day in theaters around the country, a number almost 20 times higher than when it was released in Korea.

“Bounty Hunters” is currently competing in the Chinese market with several Hollywood blockbusters (“Independence Day: Resurgence” and “Now You See Me 2”) and Chinese films (“So I Married An Anti-Fan”).

Lee Min Ho and the rest of the cast toured eight cities in China as part of their promotions for the film. The movie has risen to No. 1 on most-searched lists on sites such as Baidu and Weibo.

“Bounty Hunters” is an action comedy with a budget of 30 billion won and stars both Korean and Chinese actors. It is scheduled to be released in England, Australia, Vietnam, Singapore, Malaysia, Hong Kong, and Taiwan after its first opening in China.