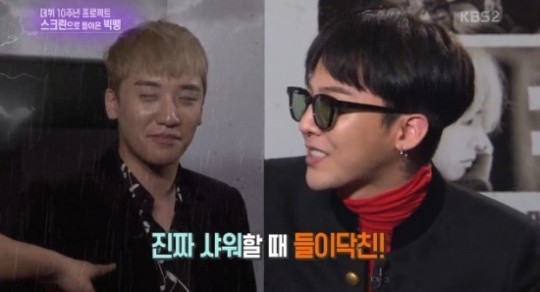 G-Dragon Talks About Seungri’s Shower Scene In “BIGBANG MADE”

On the July 2 broadcast of “Entertainment Weekly,” the members of BIGBANG sit down with the show to talk about their upcoming film.

When asked what fans can expect, Daesung responds, “There are nude scenes, such as a shower scene.”

G-Dragon interjects, “I personally wish the film went further, but a lot of it got edited out.”

Daesung adds jokingly, “The original script would be appropriate for audiences 45 years or older.” 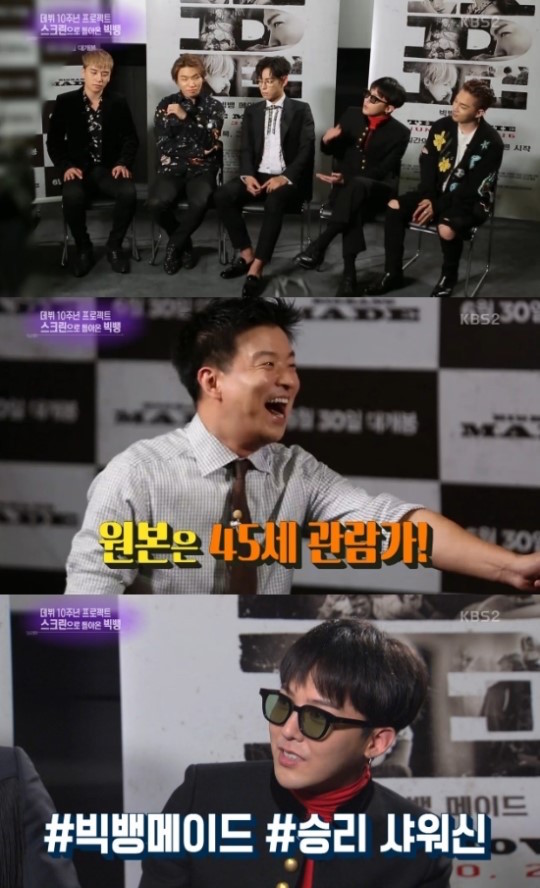 “Seungri has a shower scene, and when you think about a shower scene you think of a dashing actor with a good body, but it’s not that kind of shower scene. It’s just a video that T.O.P took while Seungri was actually showering,” G-Dragon says.

“BIGBANG MADE” is a film starring the members of BIGBANG to commemorate their 10th anniversary. It premiered on June 30.