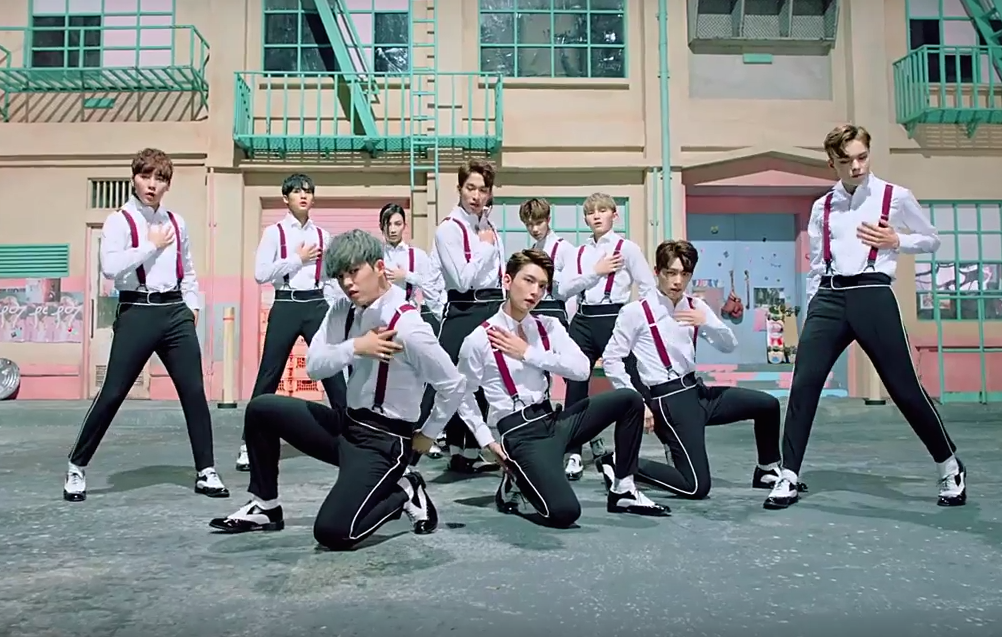 Super rookie group SEVENTEEN is back with their first repackage album!

On July 4, the music video for the title track “Very Nice” and the album in its entirety were released onto the interweb.

“Very Nice” is an upbeat dance track with an exciting melody that’s perfect for summer, and incorporates choreography that is equally as lively. In the video, the members run around trying to woo a girl, before their hearts explode, literally.

Unfortunately, member Wonwoo will not be joining in promotions until further notice due to his health.

In a V App broadcast they held moments before the release, the members explain how the repackage album includes five new, never-released tracks that the fans wanted to hear. They explain how they hope this album will be healing to everyone who listens to it, just like the name of one of their new tracks.

Watch the fun and energetic music video below!