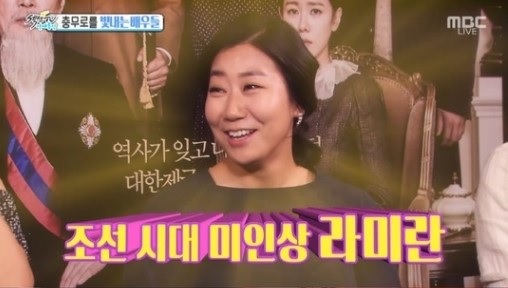 She and Son Ye Jin, Park Hae Il, and Jung Sang Hoon from the cast of upcoming film “Princess Deokhye” sit down for an interview with the MBC program on July 3.

Their interviewer, Shin Go Eun, asks the actors what kind of person they think they would have been if they were born during the Joseon Dynasty.

Ra Mi Ran responds, “I’ve been hearing a lot lately that I would have been considered a beauty if I were born in the Joseon era. I probably would have been Hwang Jini (a famous gisaeng).” 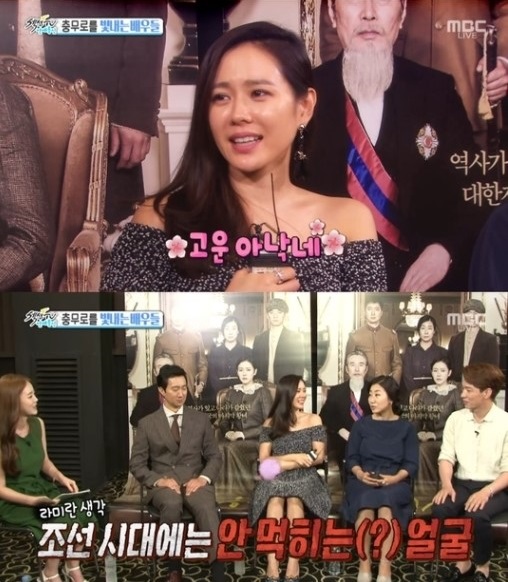 On the other hand, Son Ye Jin answers, “If I were born in the Joseon era, I think I would have been an old maiden,” to which Ra Mi Ran quips, “That’s true. Honestly I don’t think Son Ye Jin would have been considered beautiful back then.”

Meanwhile, their film “Princess Deokhye” tells the story of Joseon’s last princess, and is scheduled to premiere on August.