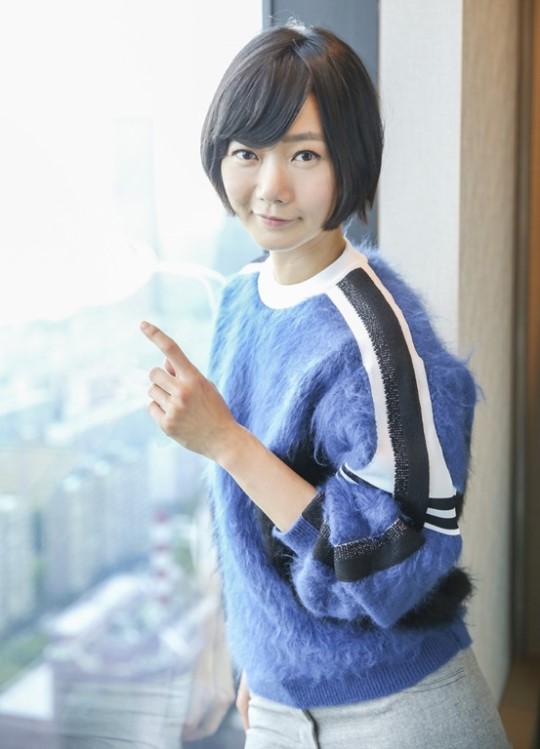 Bae Doona is one of South Korea’s A-List actresses, who has also managed the rare feat of establishing a successful career in Hollywood. She made her Hollywood debut in the 2009 Wachowskis film “Cloud Atlas,” and is now starring in their current hit show “Sense8.”

On June 30, Bae Doona sat down for an interview in Seoul about “Sense8,” in which she also talked about her role in the upcoming film “Tunnel,” which co-stars actor Ha Jung Woo. The actress explains that she’s trying to find a balance between foreign works and Korean films. “As soon as I heard we were making a second season of ‘Sense8,’ I thought to myself that I needed to do another Korean work first,” she says. “I looked for a Korean work to find that balance, and then filmed ‘Tunnel.’”

There are a number of Korean actors in Hollywood these days, including talented stars such as Lee Byung Hun, Kim Yoon Jin, Rain, Claudia Kim, and more. In regards to this, Bae Doona says, “This seems like self-flattery, but I think that Korean actors are really the best, because we work really hard and get things done. If we make up our minds to do something in a work, we get it done.”

Bae Doona adds, “I know Lana and Lilly Wachowski’s staff really well, because we’ve worked together for so long. Sometimes other people will compliment me, and the staff will say, ‘We know. She’s Korean.’ It shows that Korean actors are seen as doing a good job.”

“Sense8” is shot on location in several cities around the world, including Seoul, and features several famous Korean actors as part of Bae Doona’s character Sun’s storyline, including Cha In Pyo, Ma Dong Seok, Lee Ki Chan, and more. “There are Korean actors in the new season too, including actors from last season as well as new additions,” says Bae Doona. “Season one was a bit like an introduction. There was a lot of explanation needed about my character, and there wasn’t a lot of story development. In season two, there will be more of a detailed story. Sun is thirsting to get her revenge.”

Are you excited for season two of “Sense8”?

Sense8
Bae Doona
How does this article make you feel?