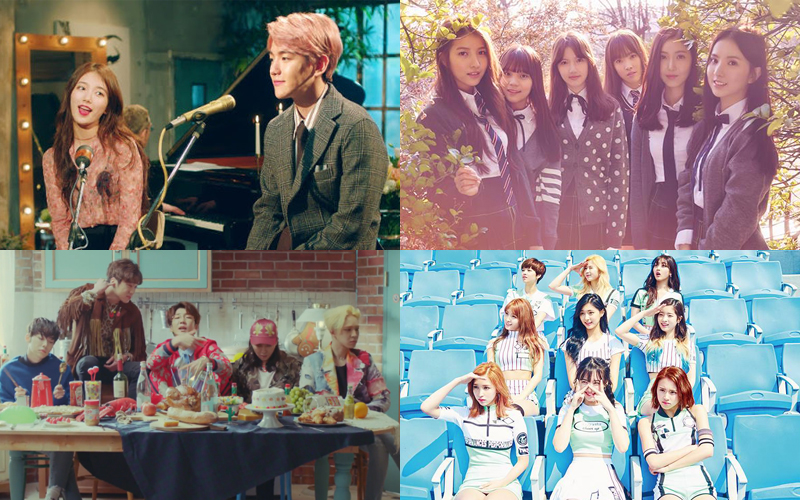 June is over, which can only mean one thing. Before delving into the weekly music chart, let’s begin witwh the moment you’ve all been waiting for – the Top 10 songs of the first half of 2016!

Congratulations to GFRIEND for being topping the half-year chart! Well done to all Top 10 placers!

And now back to the music chart for the first week of July. Good news for EXO-Ls – EXO’s “Monster” maintains its top spot for this week! “Monster” swept all the music shows last week, and topped our Soompi Airplay as well. Congratulations again to EXO, and also to EXID, whose former chart topper “L.I.E” maintains its number two spot for the second straight week.

There are two new songs on the Top 10 this week, both of which are collaborations. Moving up 11 spots to number six is a rap collaboration between Loco and Gray, featuring the vocals of ELO. The song, “GOOD,” has indeed received very good responses on independent charts. The lyrics express the feelings towards a past love, which have changed over time.

Moving up six spots to number nine is “No Matter What,” a duet between BoA and rapper Beenzino. This upbeat electronic song is a digital single from the SM Station project. BoA’s vocals blend well with Beenzino’s fluid rapping.

ABOUT THE SOOMPI MUSIC CHART