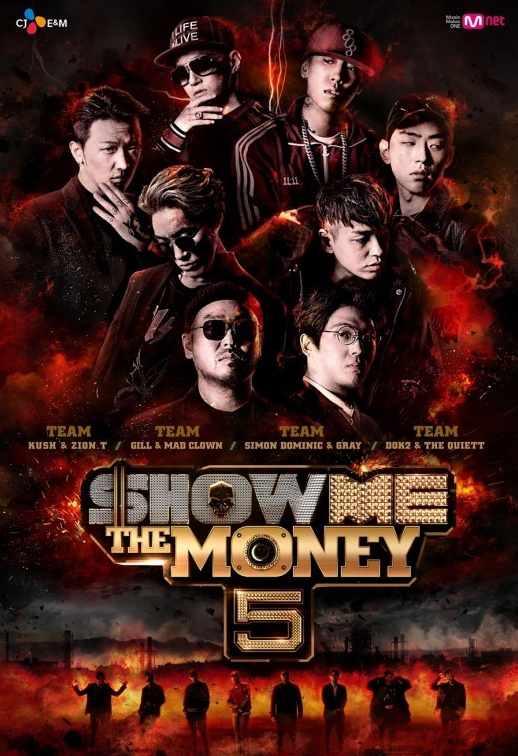 6 Rappers Remain On “Show Me The Money 5”; Finale To Be Broadcast Live

Only six contestants remain in the fifth season of “Show Me the Money,” and the finale is less than two weeks away.

Various sources have stated to news outlets that the finale will be broadcast live, as it was last season, in order to prevent spoilers and increase the sense of reality of the broadcast. The six remaining rappers — BewhY, C-Jam, Reddy, Seo Chul Goo, SuperBee, and #Gun — will compete in the semifinals, and the remaining rappers will compete live for the prize and glory on July 15.

Following the end of “Show Me the Money 5” will be the third season of “Unpretty Rapstar,” which has confirmed 10 rappers for the show.

Show Me the Money
How does this article make you feel?