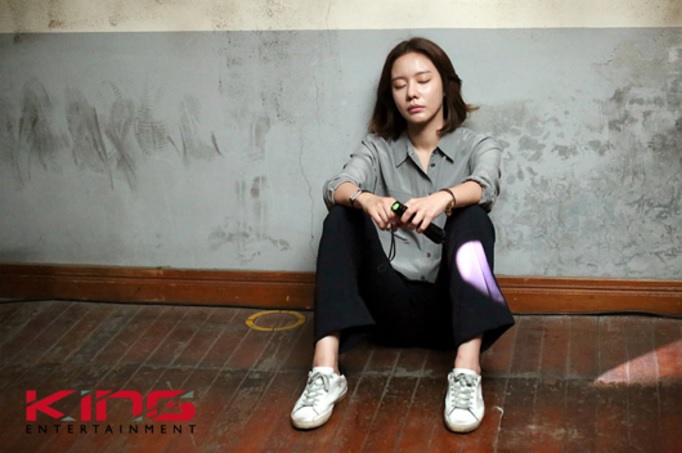 Behind-the-scenes photos of actress Kim Ah Joong on set have been released.

Starring in the new SBS drama “Wanted,” the actress portrays Jung Hye In, a top celebrity attempting to rescue her kidnapped son. “Wanted” is a thriller drama gaining the interest of viewers especially because it is headlined by Kim Ah Joong, who is increasingly being known as a “Genre Queen” for her ability to blend into various drama genres.

The actress’s agency, King Entertainment, recently revealed stills of her during filming, where she appears to have a weary expression on her face.

Though physically exhausted from shooting “Wanted” and her film “The King” back-to-back, Kim Ah Joong’s mind is in top condition, and her main concern is still being able to bring out the emotions of her character well.

Taking the script around with her, the actress restlessly studies her character. Representatives from the crew of “Wanted” state, “Kim Ah Joong doesn’t sleep. We worry about her health, but she told us it’s okay and that she only wants to fully immerse herself in becoming Hye In. Her professionalism is impressive.”

Catch Kim Ah Joong on the latest episode of “Wanted” below!

Kim Ah Joong
Wanted
How does this article make you feel?