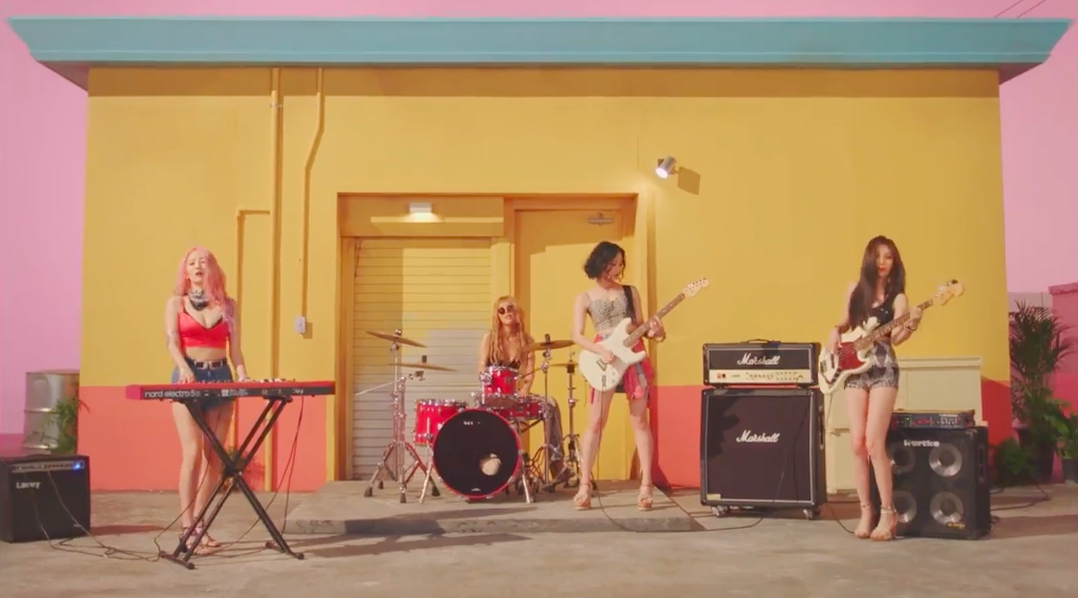 Wonder Girls has revealed how they plan to try to satisfy all their fans by performing both as a band and as a dance group for their comeback promotions.

On July 5, Wonder Girls made a long-awaited comeback with their new track “Why So Lonely,” and the music video for the song features the members as a band rather than a dance group. Their new single album of the same name is their second release since they transformed from a dance group into a four-member band for their 2015 album “Reboot,” with each member playing an instrument.

In a recent interview with Star News about their comeback, the members are asked about their return as a band. Yeeun says, “Last year we did disco music. As a disco band, we used electronic instruments. We used an electronic drum pad to combine both dancing and playing the instruments.”

“We’re trying to go for a totally ‘real band’ concept this year,” she goes on to say. “But there are also people who want us to dance, so we’ve prepared a dance version as well. We’ve tried to satisfy everyone by making both a band and dance version.”

Her fellow member Sunmi adds, “We’re planning to perform live as a band in the first week, and then show our dance in the second week.”

What do you think of Wonder Girls’s plans to perform as both a band and a dance group with “Why So Lonely”?

Support the artist by buying Why So Lonely from YesAsia
Wonder Girls
How does this article make you feel?