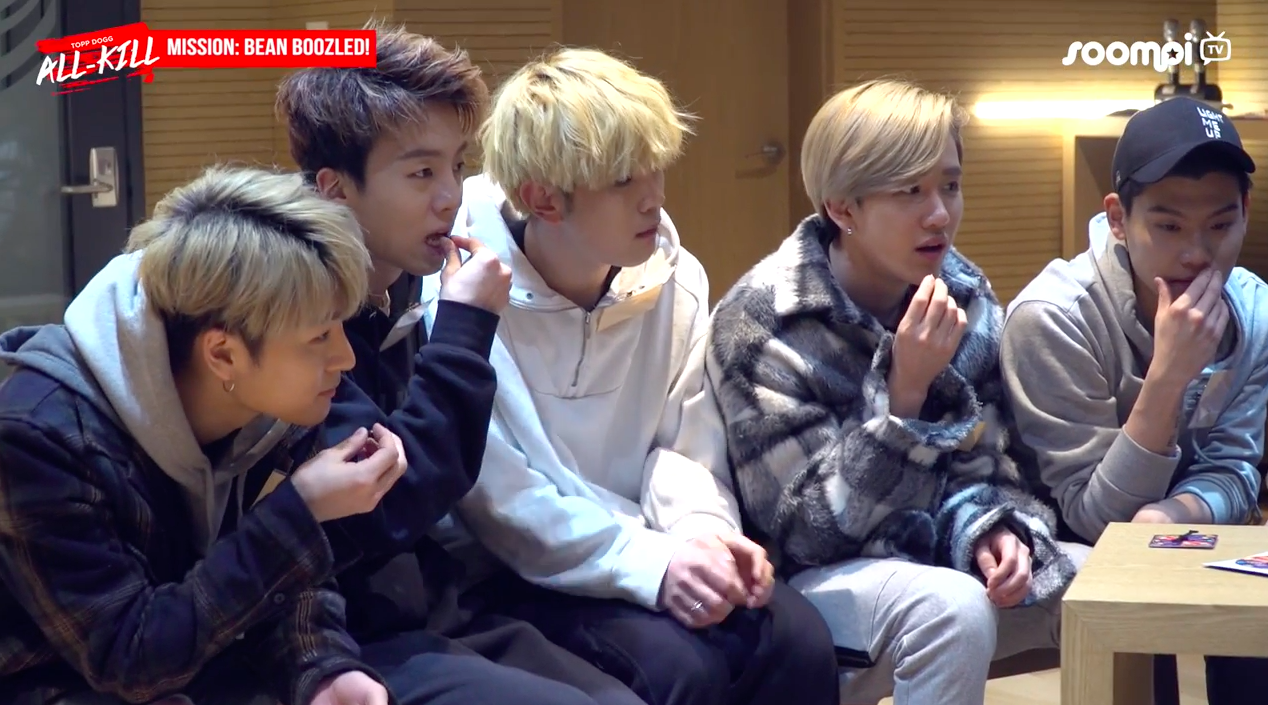 After taking on the challenge of playing a pepero ring game in last week’s episode, Topp Dogg’s food battle continues in part two of episode five of “Topp Dogg: All-Kill”!

In this latest episode, the guys take on another fan-submitted game – this time, they’re tasked with doing the “Bean Boozled Challenge.” The group is split up again into the “short” and “tall” teams and takes turns eating flavored jelly beans.

Each time, the guys all get a jelly bean that’s the same color, but some of the jelly beans taste disgusting – for example, they’re flavored like smelly socks, skunk, or rotten eggs. The trick is that the members with the disgusting jelly beans have to pretend they’re really not so bad, because the opposing team will be trying to guess which members’ taste buds are being tortured. 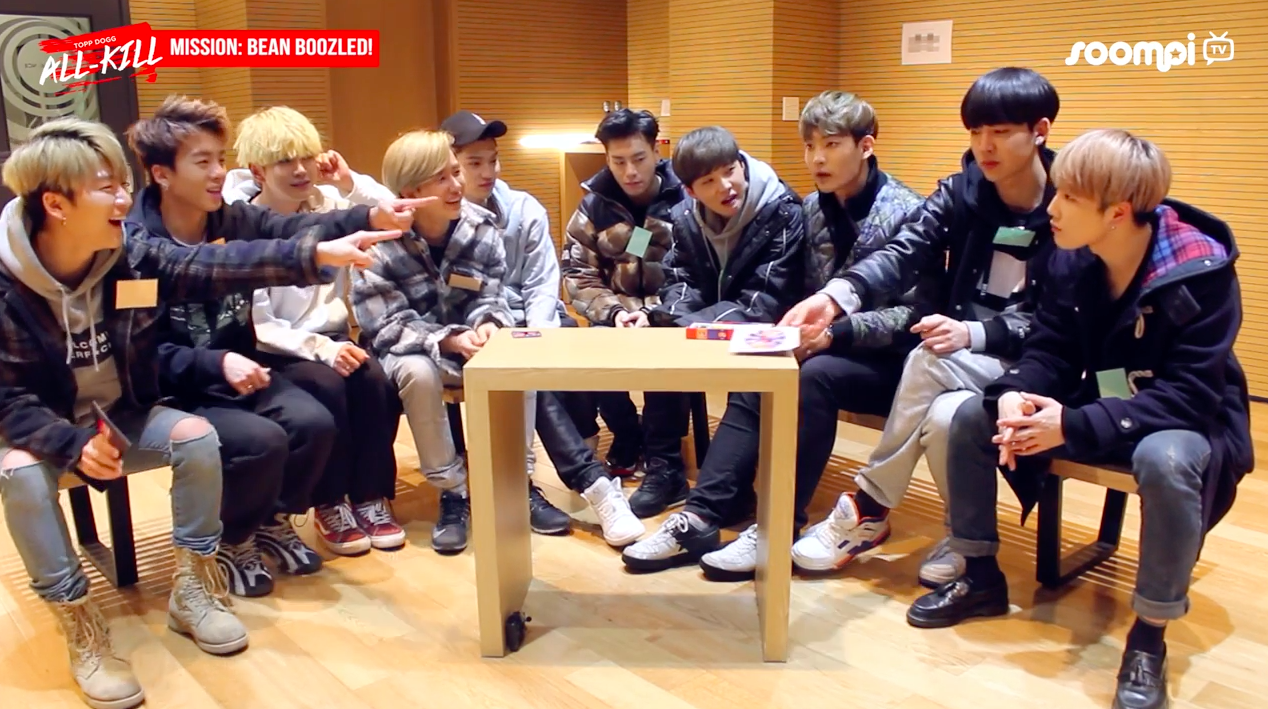 The guys with the gross jelly beans have to put their best poker face on to pretend that they’re not dying inside, while sometimes the other members use their acting skills to try to convince the opposing team that they’ve got a bad bean. But keeping a poker face on is easier said than done, because sometimes the taste is just too terrible! 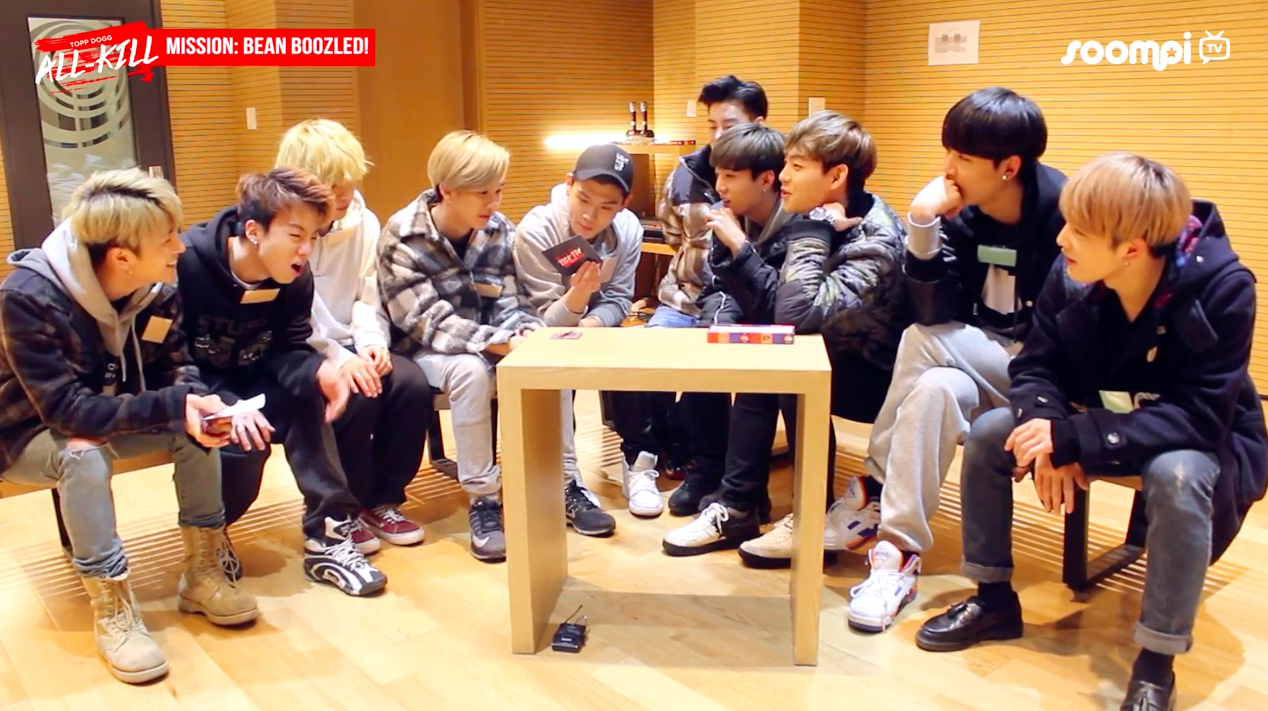 The members get really curious to see how the disgusting beans taste, and end up constantly trying to get a whiff of the breath of whoever had the gross bean. All the non-tasty beans sound pretty awful, but there’s one in particular that the guys just can’t handle! 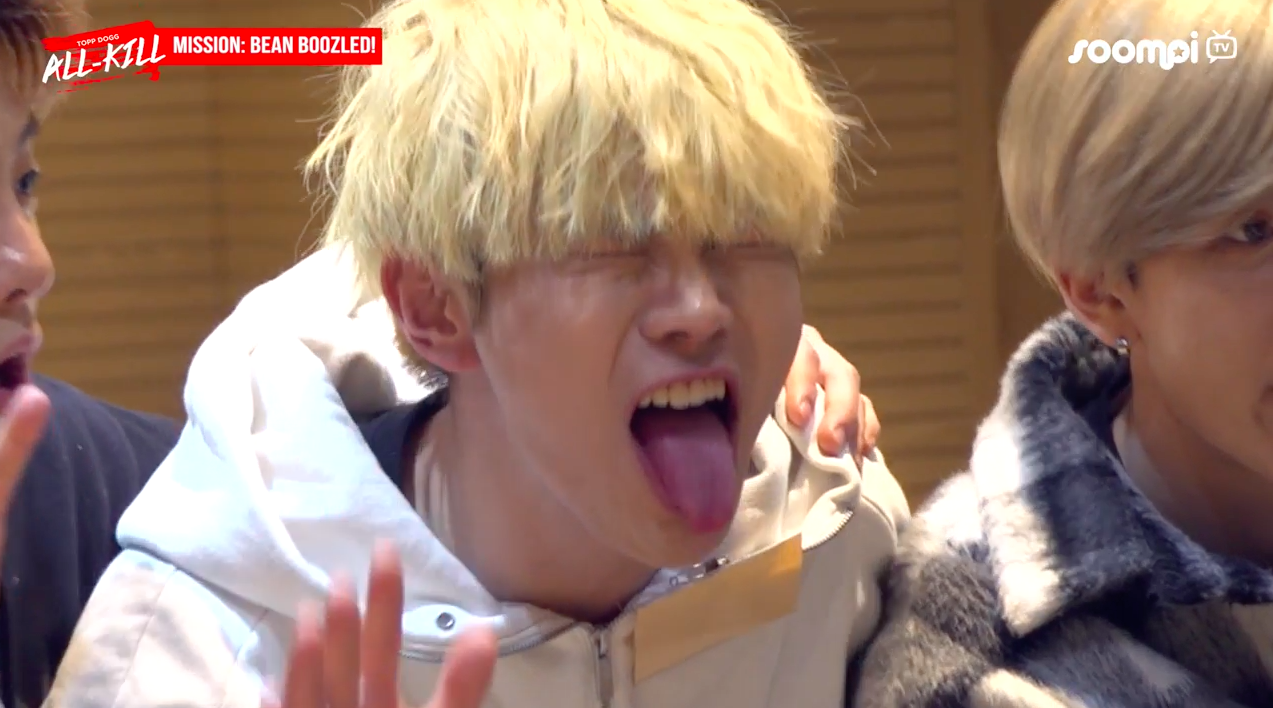 Find out which bean was the worst by watching the episode below, with English subtitles.