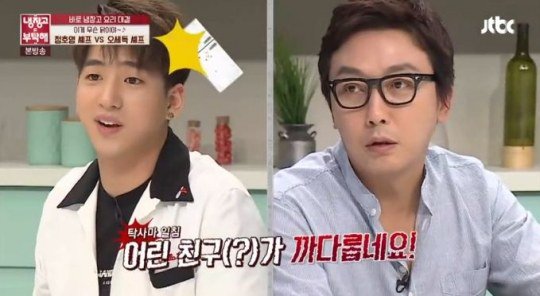 On the recent episode of “Please Take Care of My Refrigerator” on July 4, B1A4’s Baro appeared as a guest and showed some behavior that made audiences feel uncomfortable.

During the show, Baro says that he loves LA weather and asks the chefs to make food that show “LA swag,” specifically asking for something they would sell at a LA food truck. However, he says that he doesn’t like pickles and bread. He also asks for a dish made with chicken since he hasn’t had it in a while.

Chefs Hong Suk Chun and Mikhal then compete with each other to make Baro’s orders.

As the chefs are preparing the food, Baro starts complaining to them, saying, “That ingredient doesn’t taste good,” and “I don’t like stir-fried dishes and crunchy things.” 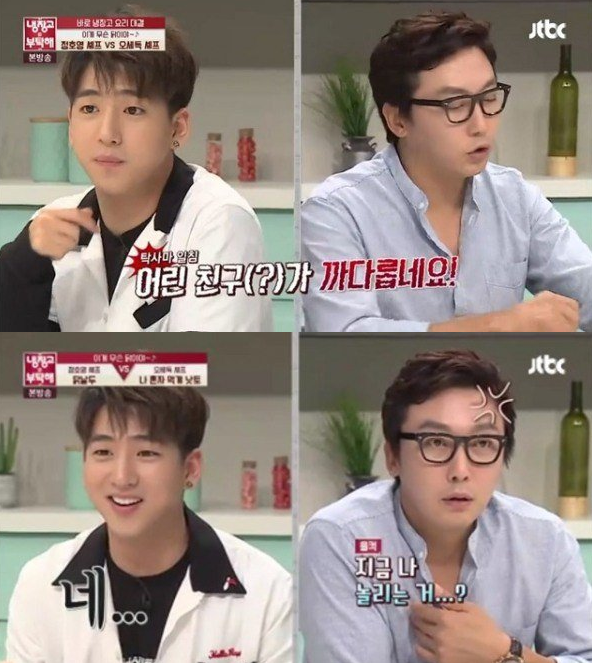 Then the other guest Tak Jae Hoon points this out and says, “You’re one picky kid.”

After the show aired, some netizens commented, “I felt uncomfortable watching this. A chefs’ job is to make food for people, not cater to one’s specific tastes.”

On the flip side, other netizens said Baro’s behavior is okay, saying, “He did it for the fun of the broadcast,” and “It’s not that harsh. I think people are overreacting.”

What do you think of this situation?

Please Take Care of My Refrigerator
B1A4
Baro
How does this article make you feel?