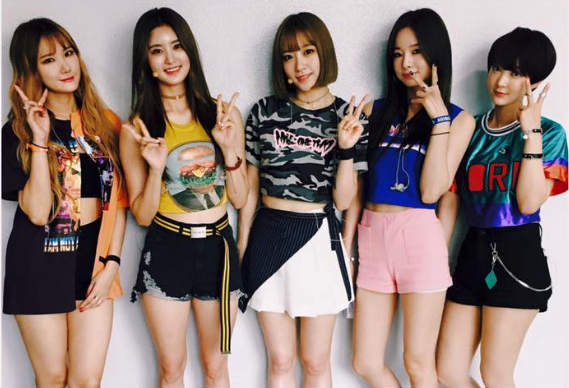 EXID will be finishing promotions for their first studio album “Street” with their performance on SBS MTV’s “The Show” on July 5. Their title track “L.I.E” placed first on various music charts and the group won several first place wins on music shows as well.

Following their great results domestically and internationally, EXID will take a break and prepare their next album.

The members revealed their feelings on wrapping up promotions. Jeonghwa said, “I was happy to show the public and our fans a new image and more than anything else I was happy that I could meet and communicate with fans through fan sign events for our first studio album.”

Hyelin commented, “Finishing promotions feels bittersweet. I was happy that our title track and B-side tracks received love. Thank you for sending us a lot of love.”

Member Hani added, “I feel satisfied that many people got to know of LE unni’s composing skills and maknae Jeonghwa’s charms. Now that we are finishing album promotions, we will concentrate on individual activities and focus on supplementing aspects we felt we are lacking.”

Their agency revealed that preparations for a new song are being made. The track is being aimed for a release sometime during the latter half of 2016.