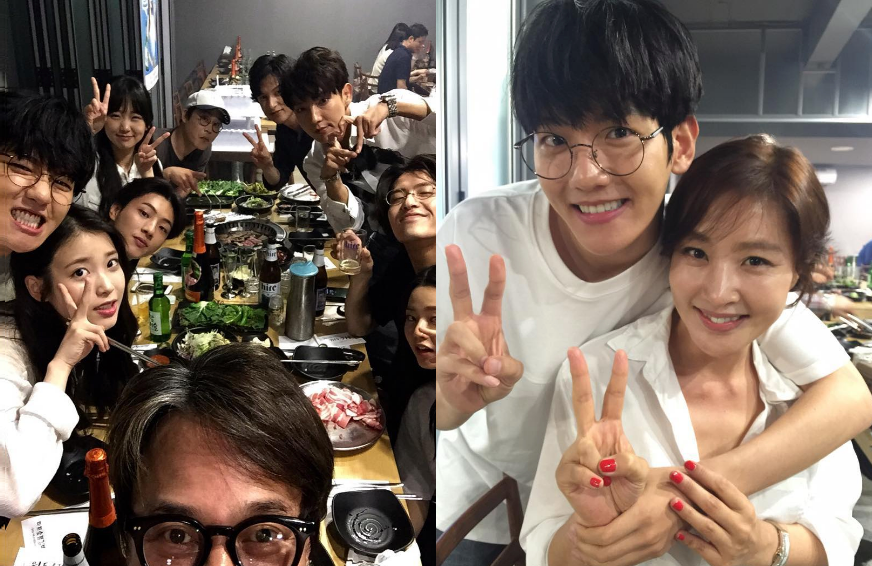 The star-studded cast of “Scarlet Heart: Goryeo” looks like they had a great time at their wrap party!

On July 5, actor Jo Min Ki shared several photos on his Instagram of many of the cast members as they enjoyed a barbecue dinner together. In one group photo, Lee Joon Gi makes a heart with his fingers, EXO’s Baekhyun grins goofily, Kang Ha Neul smiles happily with a glass in his hand, and IU makes a V-sign with her chopsticks in her hand while Ji Soo peaks his head out from next to her.

Jo Min Ki, whose head is poking up in the bottom of the photo, simply writes as the caption, “Beautiful people.” Indeed!

The actor also shared a few other shots with the cast at their party, and thanked all the fans who sent gifts, food, and drinks.

“Scarlet Heart: Goryeo” is a remake of a Chinese drama that has been shot entirely before it airs, with filming recently ending on July 1. It’s set to premiere on August 29 on SBS.