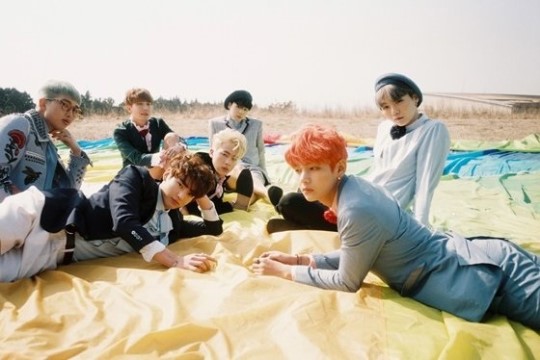 For a little bit over a month now, Korean fans of BTS have been in a debate regarding some lyrics and a tweet from BTS.

Some fans have been hounding BTS, continuously requesting that the group respond about a misogynistic tweet and lyrics, with the Korean hashtag #BTS피드백을원합니다, which says #WeWantFeedbackFromBTS. Other fans are saying that the lyrics and tweet aren’t problematic at all.

The first complaint was made on May 22 this year by @bts_female_fan1, a self-proclaimed BTS fan of four years who brought up the cases below: “I want BTS’s feedback regarding the misogynistic tweet. #WeWantBTSFeedback”

In a lengthy tweet following the one above, she says many are defending BTS, saying that it’s not a big deal, and that she’s being too sensitive, and indeed, many have responded to @bts_female_fan1’s tweets, saying that she’s looking into it too much.

She goes on to explain how the nuances and expressions of sexual hierarchy, violence, and objectification are problematic, regardless of the intentions of the writers, especially considering that many fans of BTS are young and impressionable, in their teens and twenties.

While this first tweet was made in May, Korean fans have continued to use the hashtag #WeWantBTSFeedback to address BigHit.

Here is the tweet from Suga — from May 16, 2013 — and the lyrics that were brought into question:

Suga says, “I’m watching you all. If I catch you looking elsewhere, I’ll [take a photo/hit] with my camera. ^^ With the corner. ^^ On the crown of your head ^^”

(Note: The tweet uses a play on the Korean word jjikda, a verb which can mean “take a picture” as well as “hit a point with an object; stick; hack (with an axe).”)

Lyrics from the song “Joke” by Rap Monster, under fire for the implied sexual prejudice from the use of “gonorrhea”:

“Yea, you’re the best woman, being bossy. You do so f**king well, being bossy. But now that I think about it, you were never the boss. Instead of boss I’ll say gonorrhea.”

(Note: This is also wordplay, as the words for “being bossy” and “gonorrhea” are only different by one syllable.)

Lyrics from “Converse High,” under fire for objectification:

“I like you. But don’t ever wear Converse lows.”

Lyrics from “War of Hormones,” under fire for objectification:

“A woman is the best present.”

After continued requests from BTS fans, BigHit has responded.

On July 6, BigHit Entertainment posted on their official fan cafe:

“We recognized the controversy about misogynistic lyrics in BTS’s songs at the end of 2015. After reviewing the lyrics, we found that some of them could be perceived as misogynistic, regardless of the intentions of the creator, and could make some people uncomfortable.

“We also confirmed that some tweets posted by BTS prior to their debut could be offensive to women.

“The agency as well as all of BTS feel very apologetic towards all the fans who have may have felt uncomfortable from any lyrics or social network posts, and we will take the criticisms and the points in question into consideration for future works.

“Through self review and discussion, we’ve learned that we can’t be free of societal prejudices and mistakes, as they are a part of each individual’s growth and experiences, things that are seen and learned in society.

“We’ve also learned that defining a woman’s position or value in society from a man’s point of view could be wrong.

“We feel heavily responsible for not being more careful with the production of BTS contents, and causing everyone so much worry. Please continue to watch BTS grow, and if you would continue to point out our shortcomings, we will continue to work hard, always listening to the words of our fans and society.”