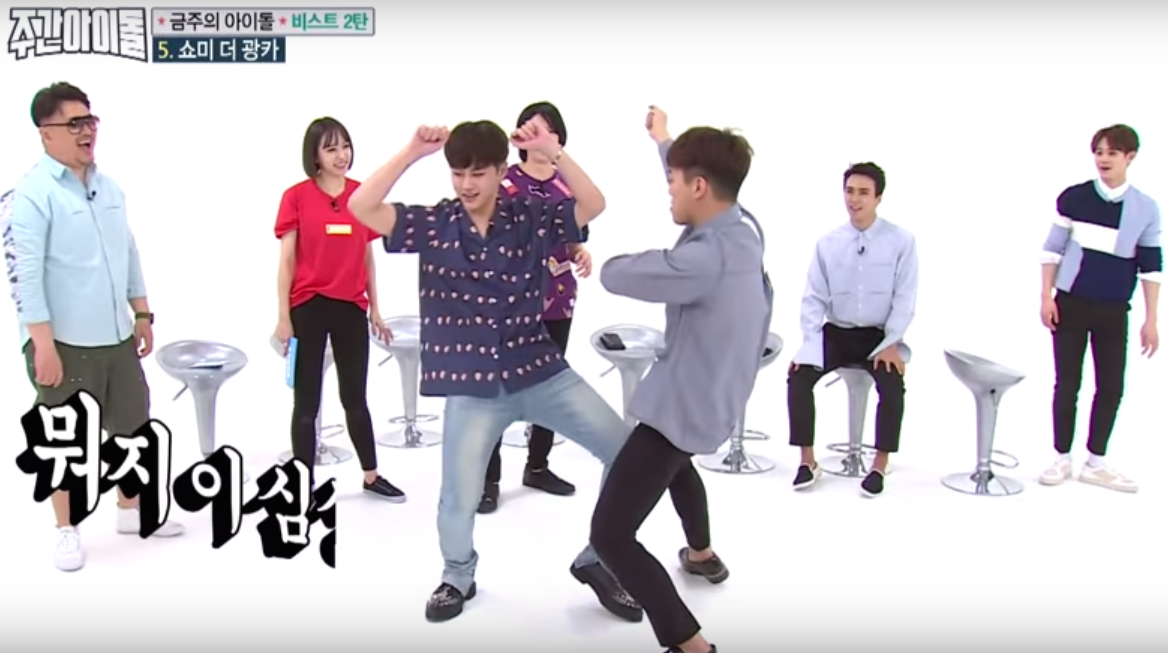 Watch: BEAST’s Yoon Doo Joon Has Everyone Crying Tears Of Laughter With His “American Dance”

If you thought the first part of BEAST’s appearance on “Weekly Idol,” which aired last week,” was funny, this week will have tears streaming down your face from laughing too hard.

On July 6 episode of “Weekly Idol,” the group’s quest to win prizes from each other continues.

When it is time for Lee Gi Kwang to be the person to buy one of his members a gift, the rest of BEAST must compete to see who can put on the best rendition of Gi Kwang’s famous “American dance.”

While Yoseob and Dongwoon’s attempts are equally as cringeworthy as they are entertaining, it’s Yoon Doo Joon and Yong Jun Hyung who steal the show with their “couple dance.” The highlight of the entire corner ends up being Doo Joon’s finale and his “twerking.”

Watch the original by Gi Kwang below, before watching the members’ hilarious attempts:

Support the artist by buying Highlight from YesAsia
BEAST
Weekly Idol
How does this article make you feel?