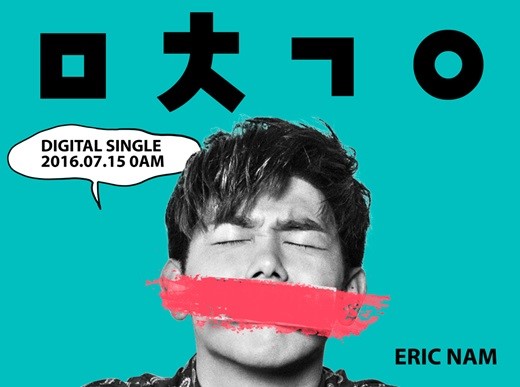 Eric Nam will be making a surprise comeback on July 15!

On July 7, Eric Nam relayed the news of his upcoming comeback through his SNS accounts. In the photo that he uploaded, Eric Nam is showing a silly expression and there are some Korean characters giving hints as to what the title song might be.

His agency stated, “Eric Nam will be coming back with a ‘cool’ song to take away the heat of summer. For this digital single, Eric Nam will try a pop-rock genre and show charms that fans haven’t seen before.”

Eric Nam’s last promotion was in June with “Into You,” collaborating with EDM artist KOLAJ.

Are you looking forward to his new single?