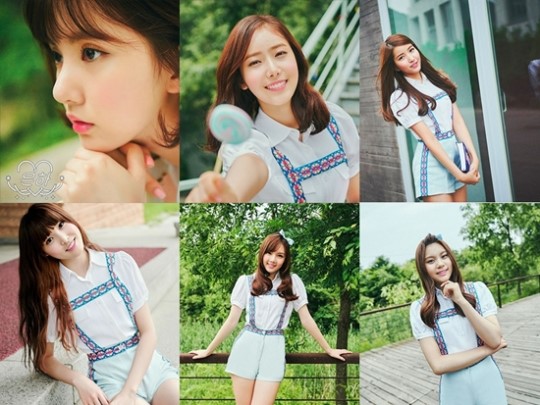 GFRIEND is already enjoying a hot response for their first studio album “LOL.”

On July 7, it was revealed that the album already has 60,000 pre-orders reflecting the girl group’s rising popularity. Having such a high number of pre-orders for a girl group that debuted approximately a year and six months ago is unprecedented.

After having achieved great success with their last release “Rough” in January, many are curious as to how GFRIEND will perform on music charts in July.

“Navillera” is the work of the same producing team behind the group’s other hit songs “Glass Bead,” “Me Gustas Tu,” and “Rough.”

GFRIEND’s album will be available on and offline on July 11.