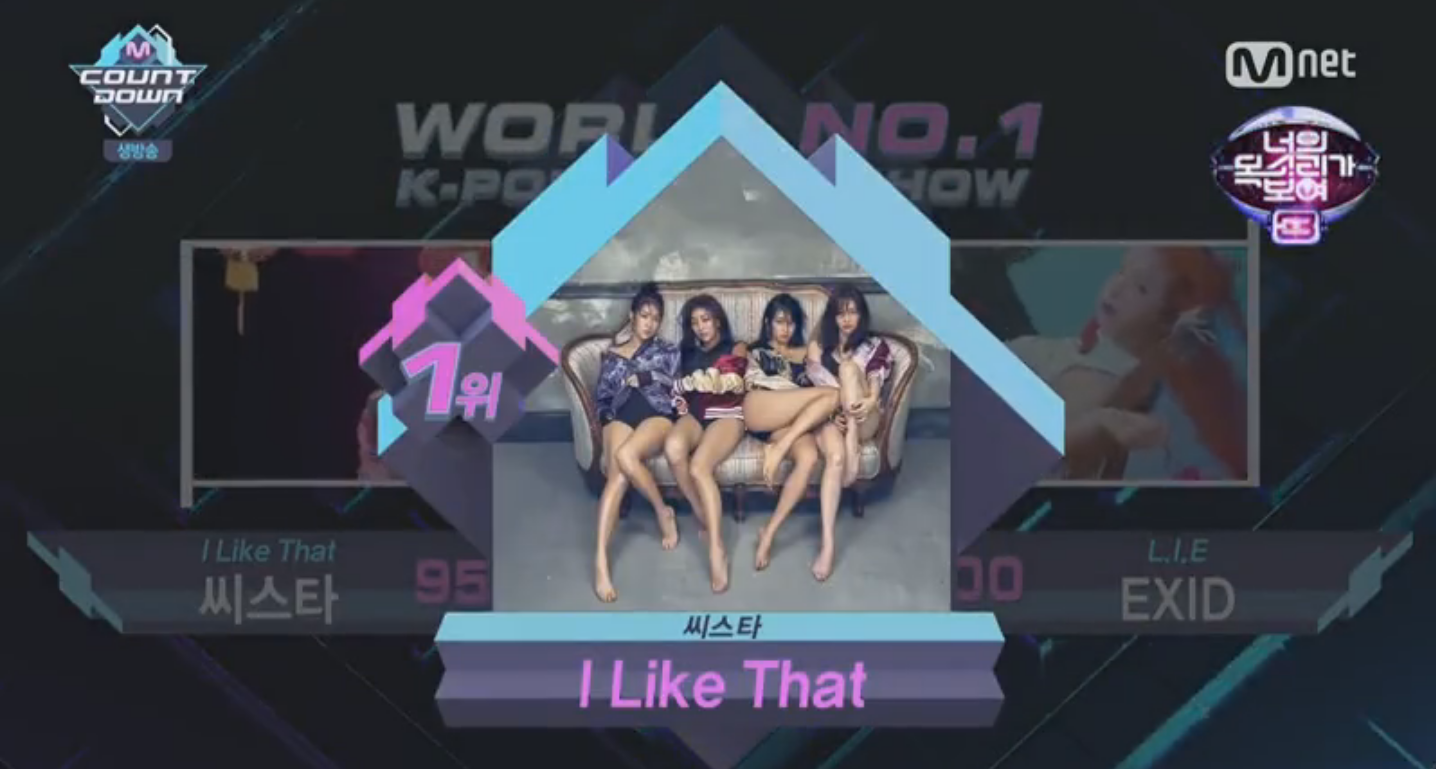 Watch: SISTAR Grabs 4th Win For “I Like That” On “M!Countdown,” Performances By Wonder Girls, BEAST, And More

SISTAR has received their fourth trophy for “I Like That”!

On July 7’s episode of “M!Countdown,” SISTAR was up against EXID for first place, and ended up taking the win with a total score of 9,519 to EXID’s 5,400. As SISTAR was not able to attend, the hosts promised to deliver the trophy to them.

There were plenty of great performances in this week’s episode, including many debuts and comebacks, as well as NCT 127’s first ever music show performance.

Wonder Girls – “Why So Lonely” (Comeback)

DIA – “On the Road” (Special Stage featuring missions from other groups)