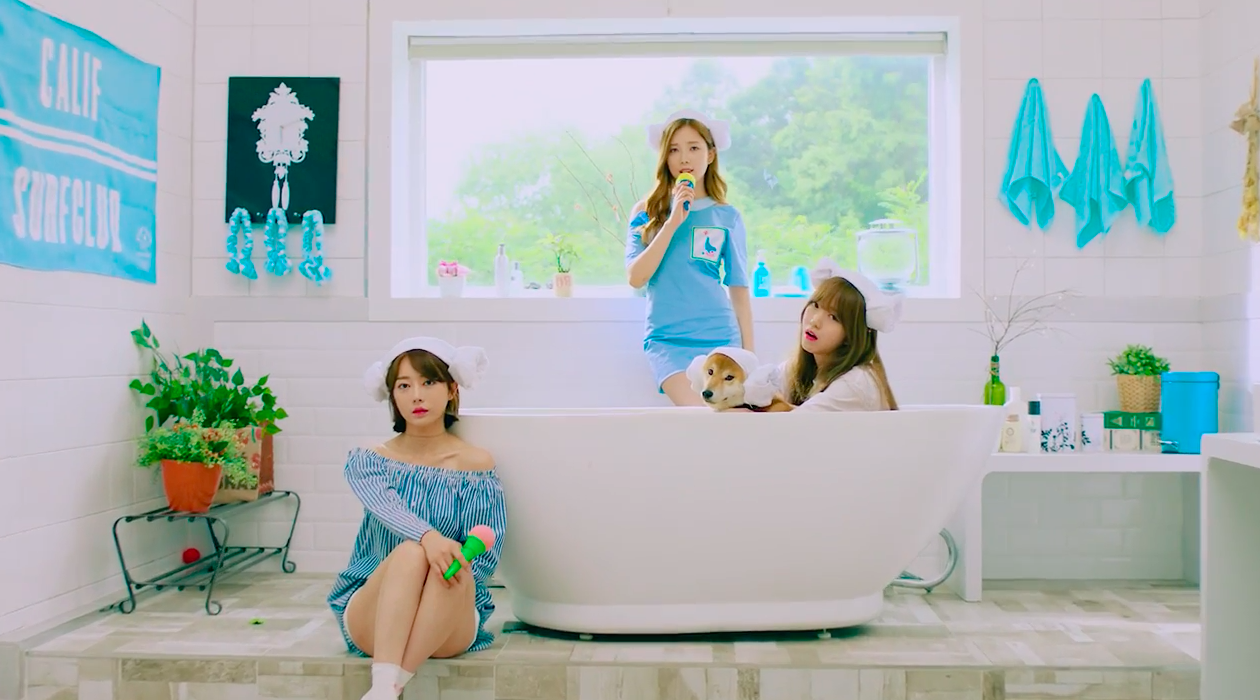 After making their “debut” (and only) performance on “M!Countdown” on July 7, project group C.I.V.A has now released their music video for “Why”!

C.I.V.A is a group formed on the Mnet mockumentary show “God of Music,” and includes three members: trainees Yoon Chaekyung and Kim Sohee from “Produce 101,” and Lee Soo Min.

On July 8 at midnight KST, C.I.V.A released the music video for their EDM-inspired remake of Diva’s 1998 hit “Why.” The video features lots of funny references, including a shiba inu dog (as the pronunciation of “shiba” sounds like C.I.V.A), as well as the members’ imitation of Jeong Jinwoon’s dance moves. In addition, the group’s name itself is a joke, as it sounds similar to a swear word in Korean when pronounced as a word instead of initials.

The proceeds from the digital sales of C.I.V.A’s single will be going to the charity “CJ Donors Camp.”

God of Music
C.I.V.A
How does this article make you feel?