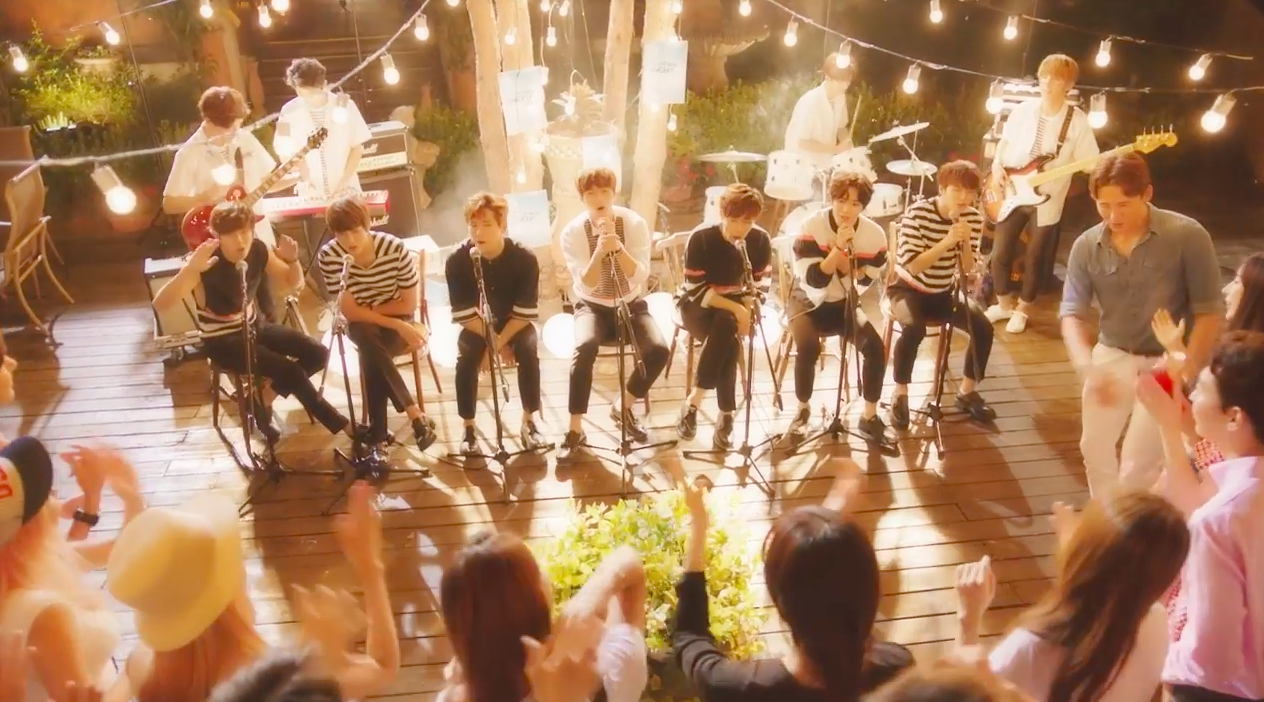 INFINITE has released a music video packed full of the guys enjoying the summer!

On July 8 at midnight KST, INFINITE shared the music video “That Summer (The Second Story).” In the MV, the members take a dip in the pool, goof off together, and perform on a patio. The song is a new version of their hidden track “Hey Hello” off their second album.

The track has been released in celebration of the group’s upcoming summer concerts entitled “That Summer,” which they hold every two years. This year’s concert series will be the third so far, and will be held in Seoul from August 3 to 7, and in Busan on August 13 and 14.

Are you loving “That Summer (The Second Story)”?