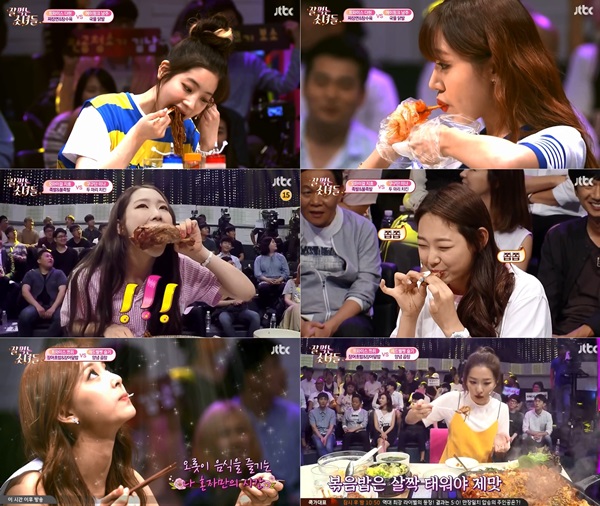 JTBC’s new variety show “Girls Who Eat Well” will be drastically changing its format although it’s only been two weeks since its first episode.

On July 7, JTBC stated, “‘Girls Who Eat Well’ is currently working on changing its title and format of the show. We will also change the air time.”

The broadcasting station continued, “We have been criticized of various things during the two weeks of the live broadcasts, so we will come back after making those changes.”

“Girls Who Eat Well” is a show where girl group members show how they love to eat various foods. The girls have eating battles against each other in order to be selected as the better eater. Comedienne Kim Sook, Jo Se Ho, and Yang Se Hyung are the MCs.

After the episodes aired, viewers sent in complaints of how they feel uncomfortable judging how girl group members eat. So, the staff has decided to make some changes.

What are your thoughts on the show?

Girls Who Eat Well
How does this article make you feel?