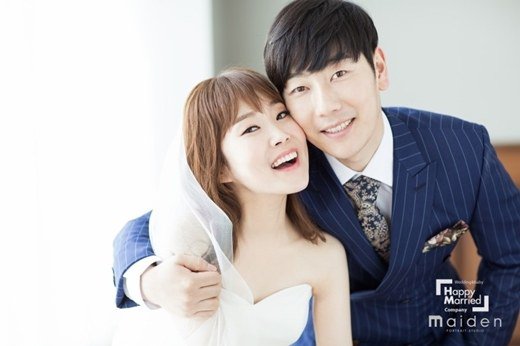 On July 9, TV reporter Park Seul Gi got married to her boyfriend of one year in Yeoido, Seoul.

Prior to the wedding ceremony, she met reporters and spoke happily about her impending marriage.

Park Seul Gi commented, It doesn’t feel read. I feel like I wore a wedding dress to film for broadcast.”

She continued, “I want to become a couple like Sean and Jung Hye Young. I want for us to give happiness to each other and celebrate anniversaries.”

The reporter also revealed plans for a family and said, “I hope to birth as many as I can. We talked about maybe 3 babies.”

The rest of the wedding was private and attended by many celebrities. Kim Gura and Jung Sung Ho took part in being the presider and MC of the ceremony. Singer Gilme, group Noel, and Park Jung Hyun sang congratulatory songs for the bridge and groom as well.

Many attendees posted photos from her wedding on their Instagram accounts:

Park Seul Gi will leave for her honeymoon to Hawaii after working on July 10 for MBC’s “Section TV.”

Congratulations to Park Seul Gi and her husband!

Park Seul Gi
How does this article make you feel?