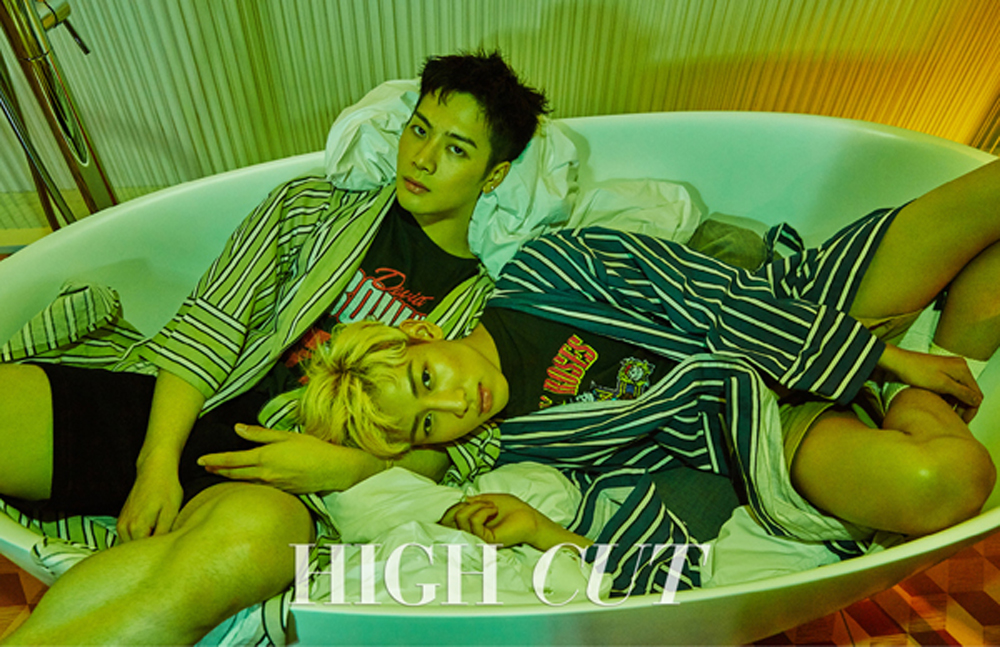 GOT7’s Jackson and BamBam show off their strong chemistry and friendship in a recent photo shoot with style magazine High Cut.

A languid and dreamy atmosphere surrounds the “Midsummer Night’s Dream” themed pictorial, with Jackson and BamBam sporting matching pajamas, posing in various backgrounds such as a mysterious hotel room and the streets at night. 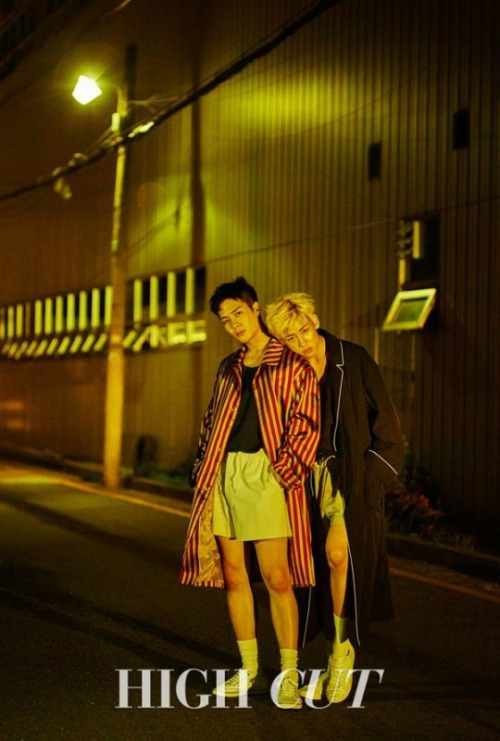 During the interview, Jackson talks about what the most difficult part of training in the army was when he and BamBam filmed MBC’s “Real Men” together. He says, “It was really difficult waiting for mealtime. I became hungry again as soon as I finished eating, so it was hard.”

They also share who they think would best fit a female special of “Real Men” among their JYP Entertainment labelmates. BamBam names Park Jimin and explains, “She can sing the military song well because she’s a good singer, so I think she’ll be popular in the army,” while Jackson answers, “Wonder Girls’s Yubin noona has a warrior-like charisma, so I think she’ll do perfectly fine, even during the CBR (Chemical, Biological, and Radiological) training.” 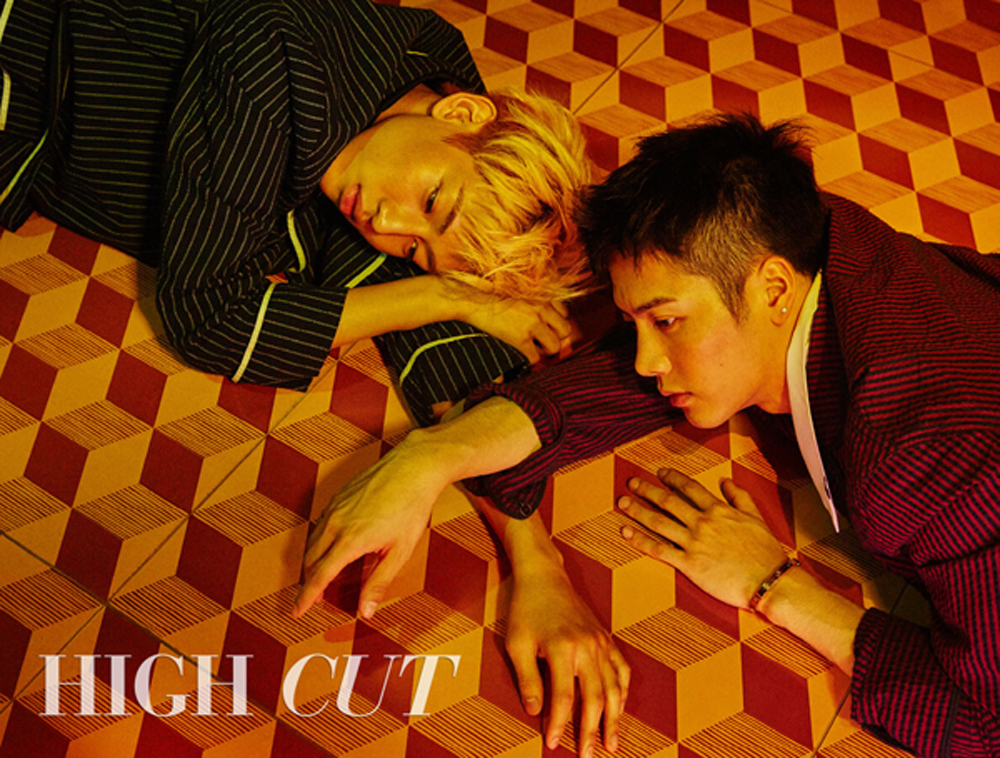 BamBam, who is becoming increasingly known for his specialty in girl group choreographies, then reveals which girl group he would like to collaborate with for a performance. He says, “The first girl group song I danced to was Girl’s Day’s ‘Something.’ I was complimented a lot for my dancing of girl group dances because of it, so if given the opportunity, I want to perform with the Girl’s Day sunbaes.”

The rest of Jackson and BamBam’s photoshoot and interview can be found in the July issue of High Cut.

GOT7
Jackson Wang
BamBam
High Cut
How does this article make you feel?