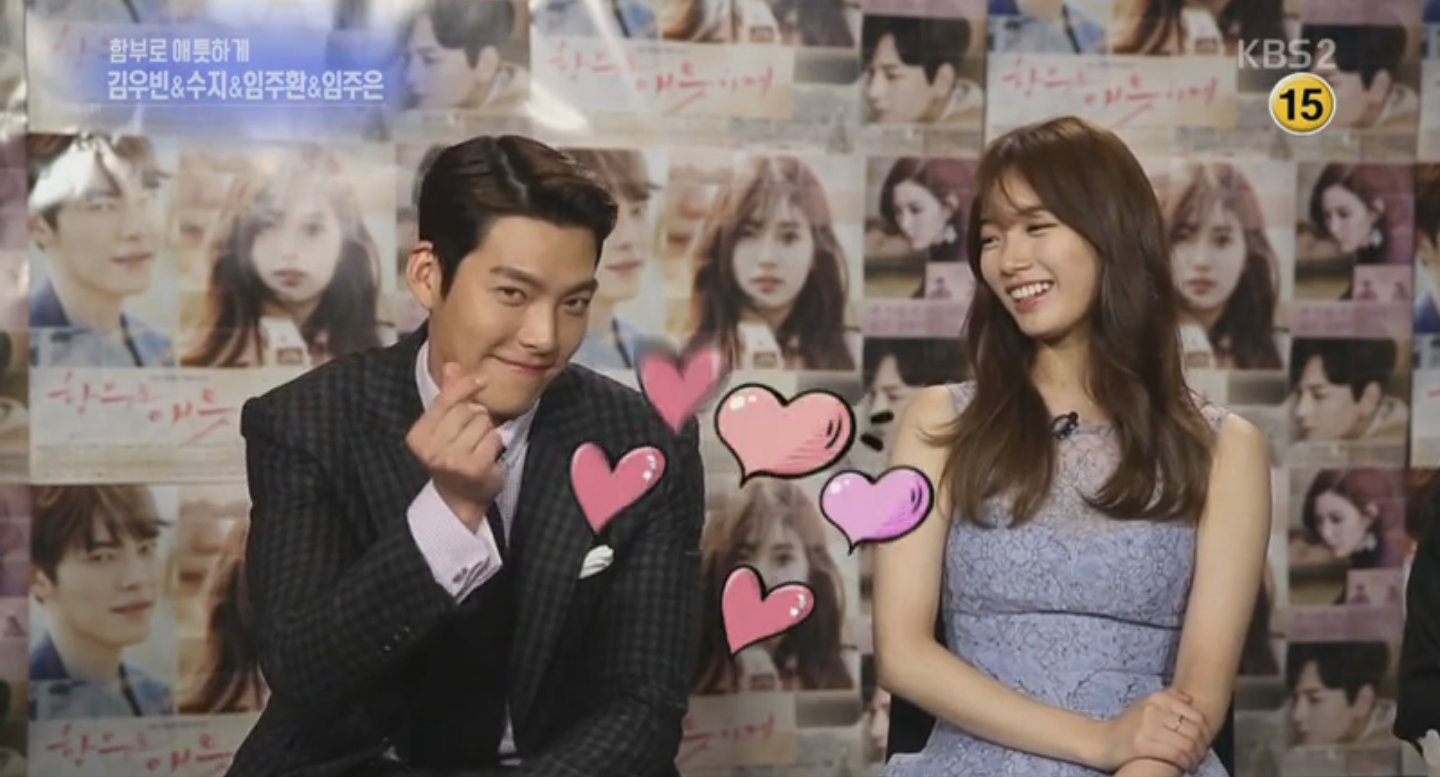 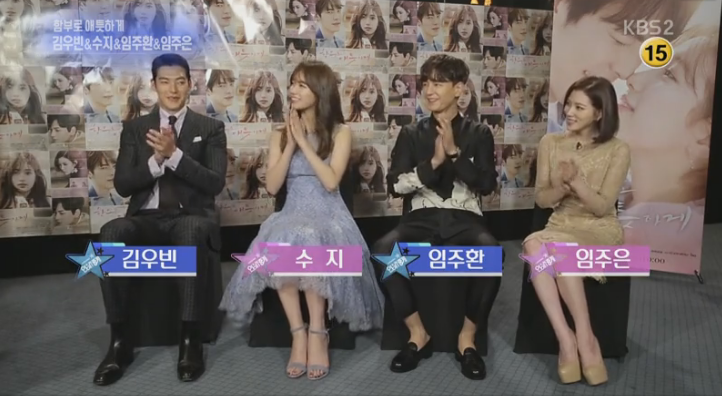 The interviewer asks the cast if they’re aware of how popular the show is, and how much people are excited about it. “I think we’re benefiting from the work of those who made the great drama ‘Descendants of the Sun,’” replies Kim Woo Bin, referring to the hit drama that also aired on KBS. “We’ve just put our spoon down on a table that’s already set for dinner.” Suzy laughs and copies his gesture of putting a spoon on a table. 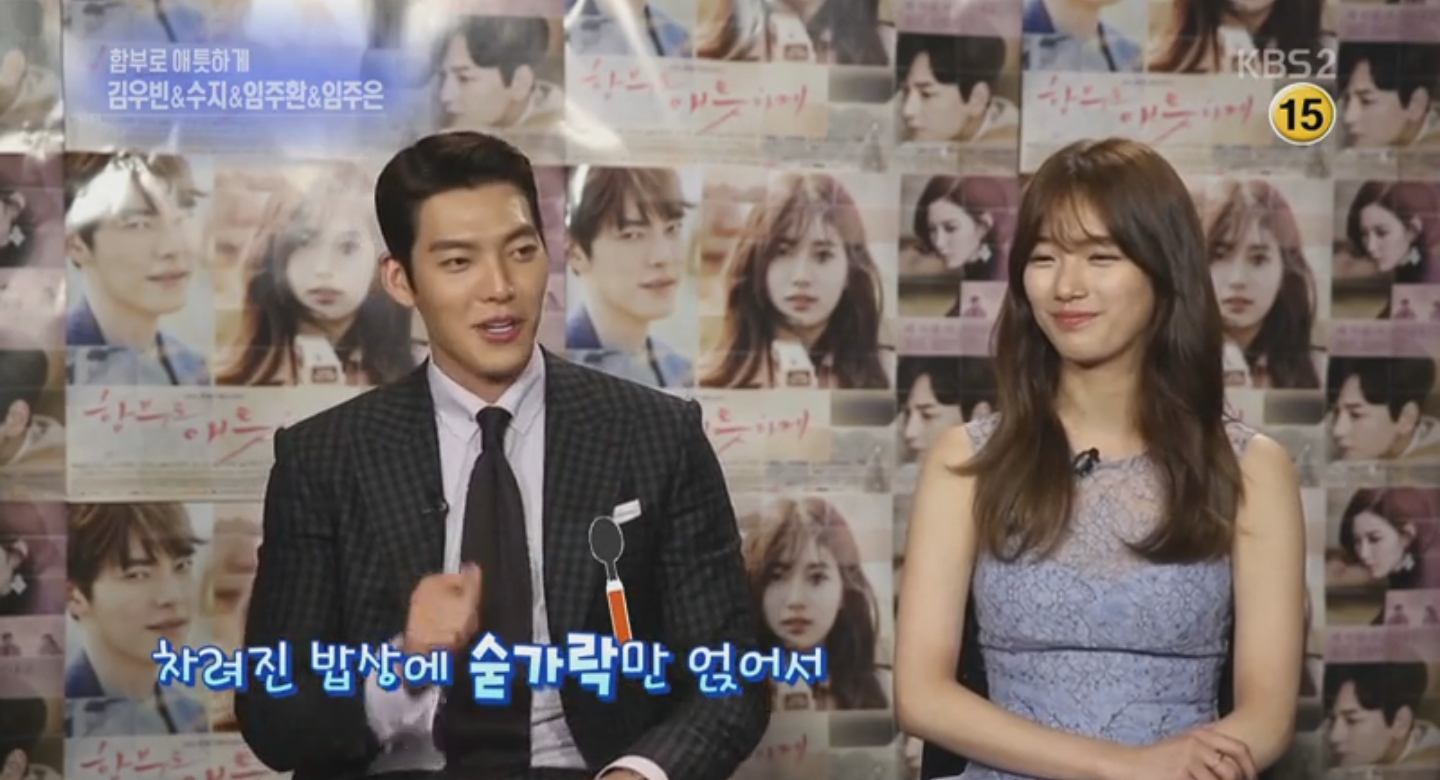 “We’re heading forth with gratitude,” he adds. 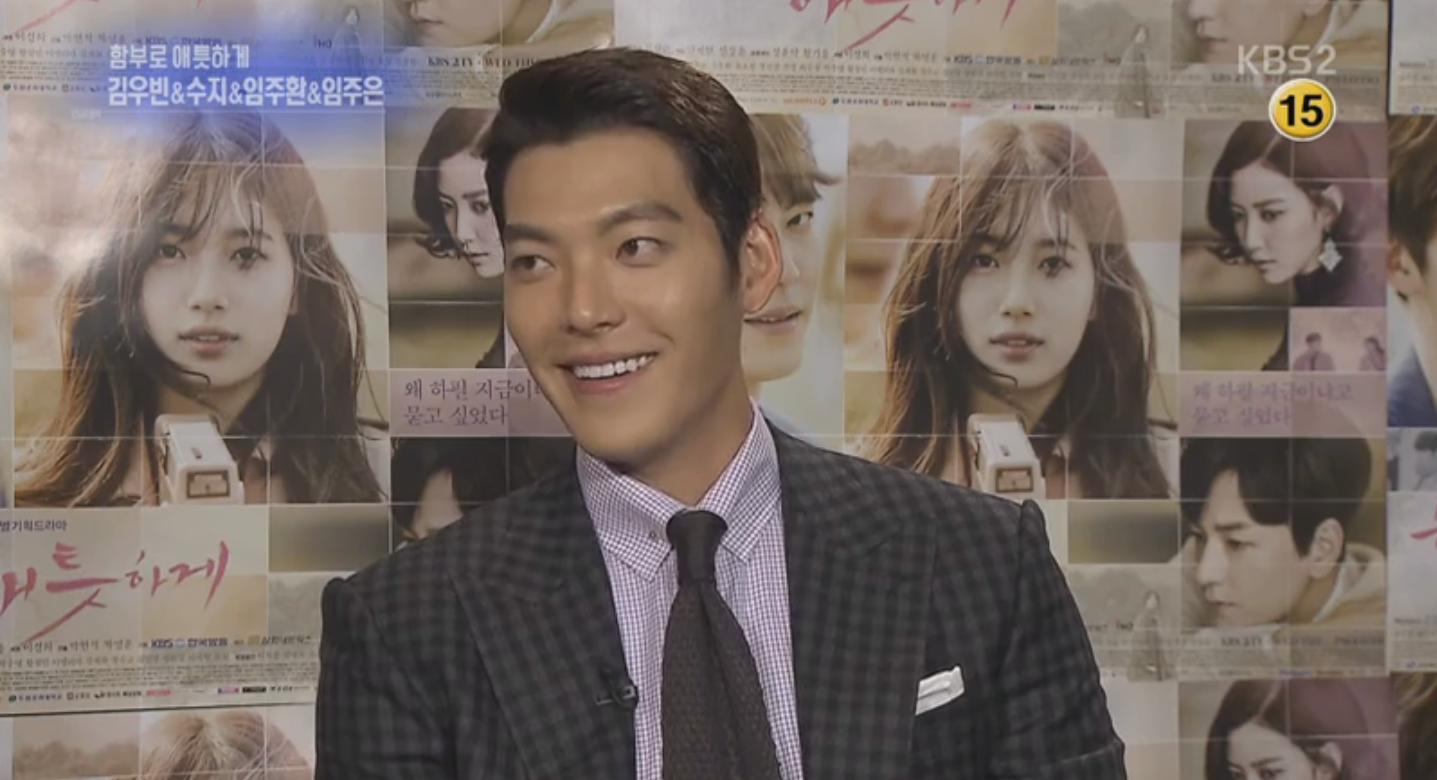 His co-star Im Joo Hwan jumps in to gesture at Kim Woo Bin and Suzy as he jokes, “They’re way too modest. He’s probably yelling inside his head, ‘I hope we get higher ratings than them.’” 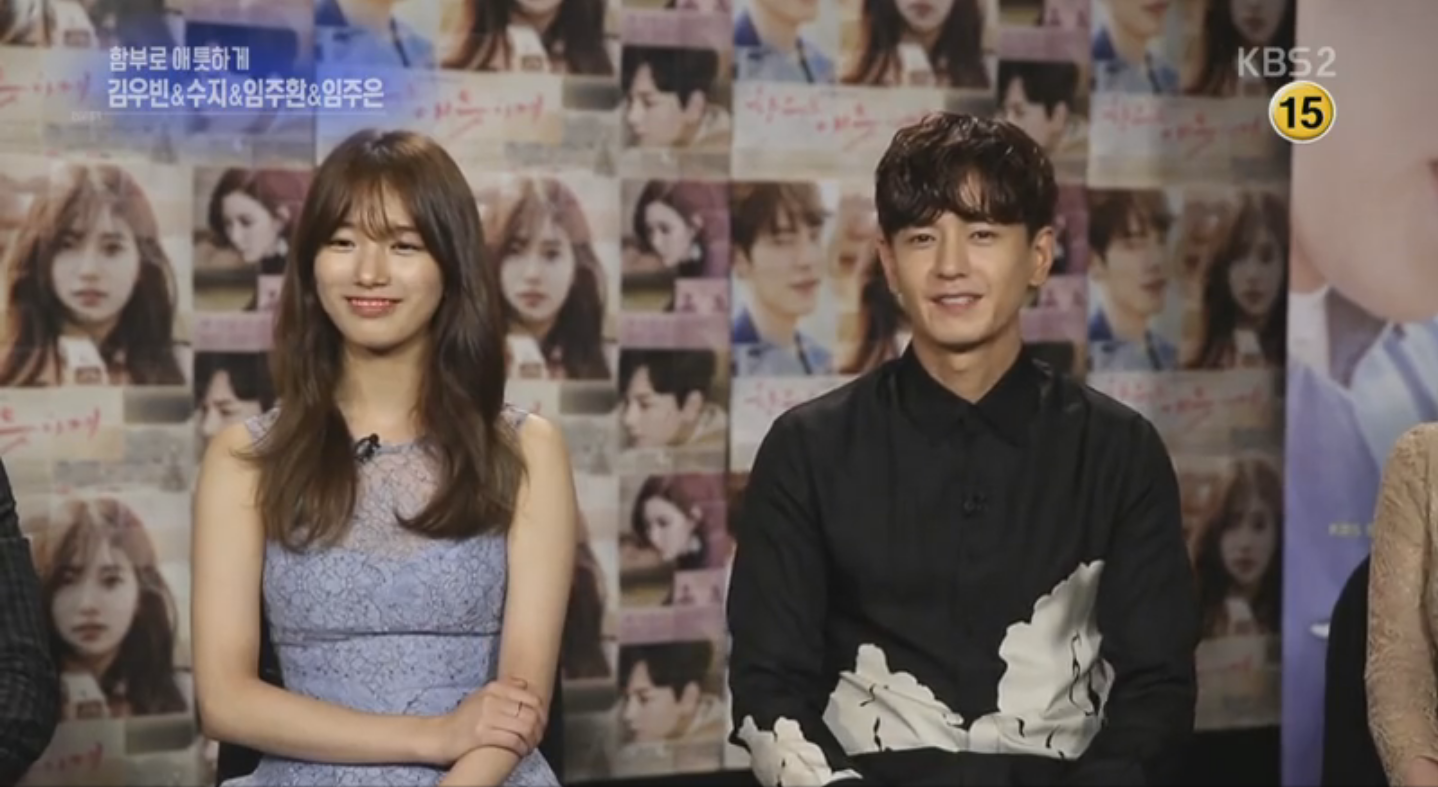 Kim Woo Bin laughs and then looks up at the camera to say, “I love you, Song Joong Ki!” before making a heart with his fingers. 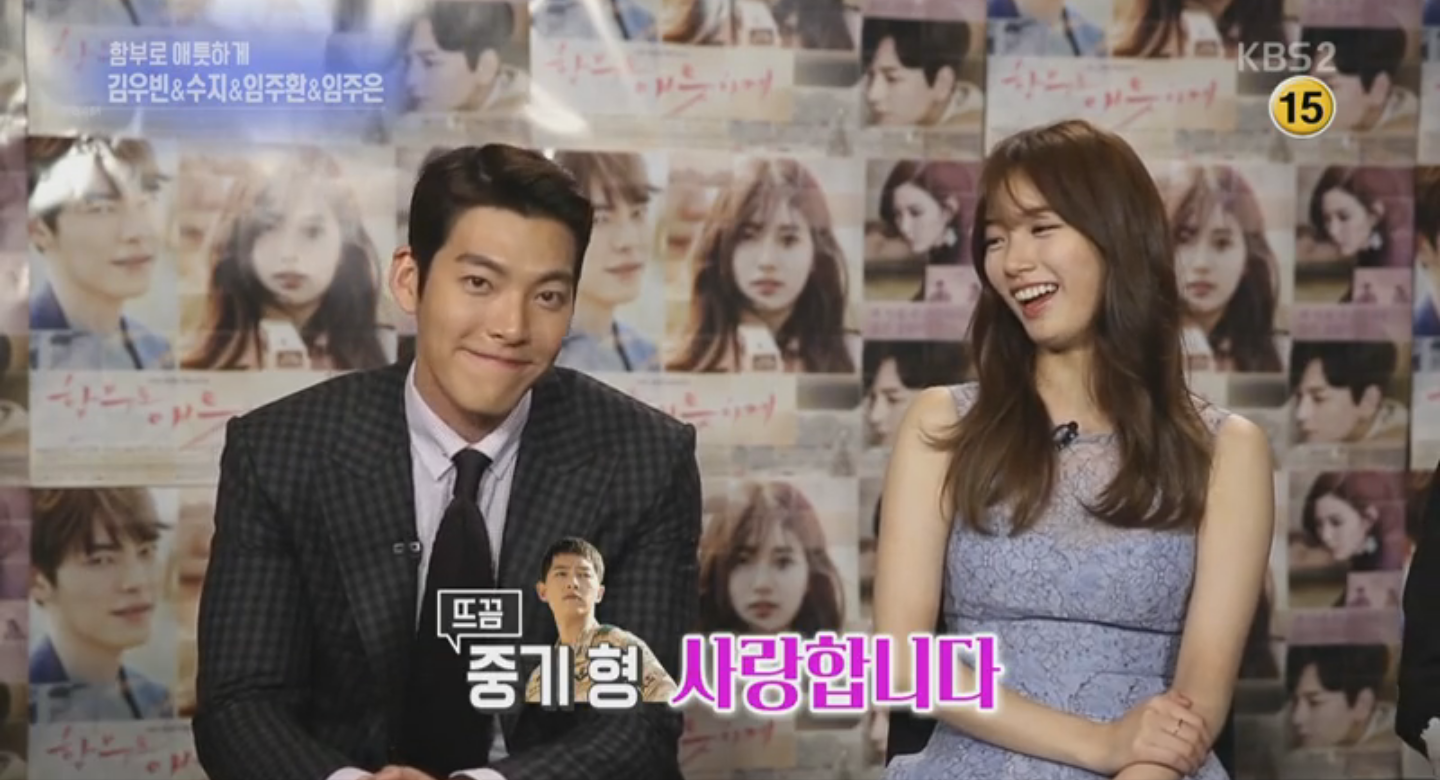 Do you think “Descendants of the Sun” has had an effect on the excitement about shows after it?