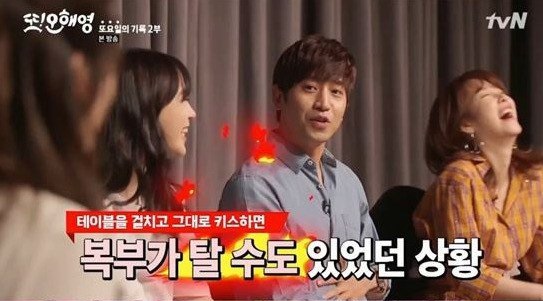 On the July 5 broadcast of tvN’s “Oh Hae Young Again – A Week’s Record Again Part 2” special, the cast all gathers to reveal behind-the-scenes stories from the drama.

During the episode, MC Shin Ah Young asks Eric, “I heard the ‘grilled clam’ kiss scene was your idea. Was it really an impromptu idea? Did you have an ulterior motive?” 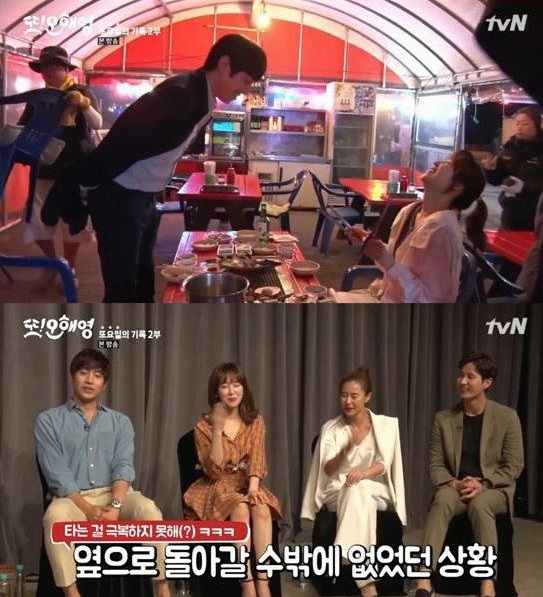 Eric responds, “It was a little bit of both [scripted and impromptu]. The scene wasn’t my idea and was scripted.”

He continues, “But there were constraints in performing the scene in the script. If I went over the grill on the table and kissed her, I could have burned my stomach, so I had no choice but to go to the side.”

Don’t miss out on the finale below!