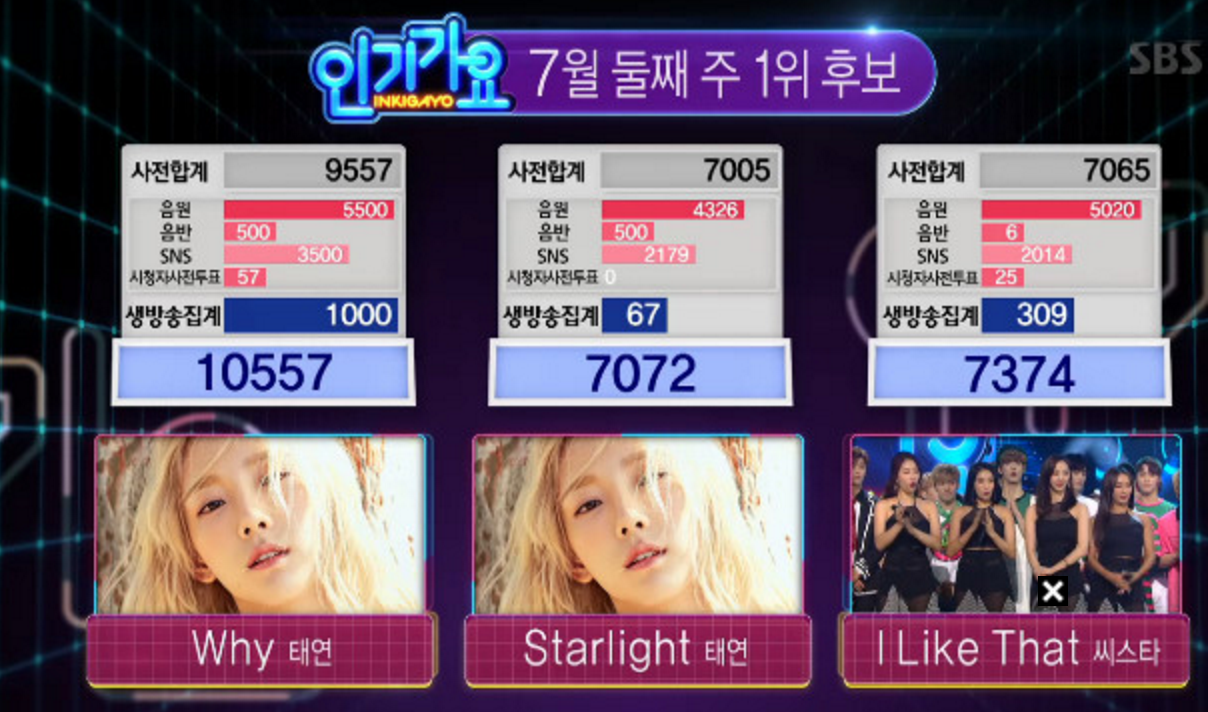 Taeyeon Wins No. 1 On “Inkigayo” With “Why”; Performances By SEVENTEEN, NCT 127, BEAST, And More

Congratulations to Taeyeon for winning no. 1 with “Why” on the July 10 broadcast of SBS’s “Inkigayo” despite not performing on the show!

Coming in second was SISTAR with “I Like That,” while Taeyeon’s track “Starlight” featuring DEAN came in third place.

The July 10 broadcast was also the first special stage of many for “Inkigayo,” which announced previously that a new performance would be showcased each week, in keeping with the theme of the month. July’s theme is “UDF (Ultra Dance Festival).” 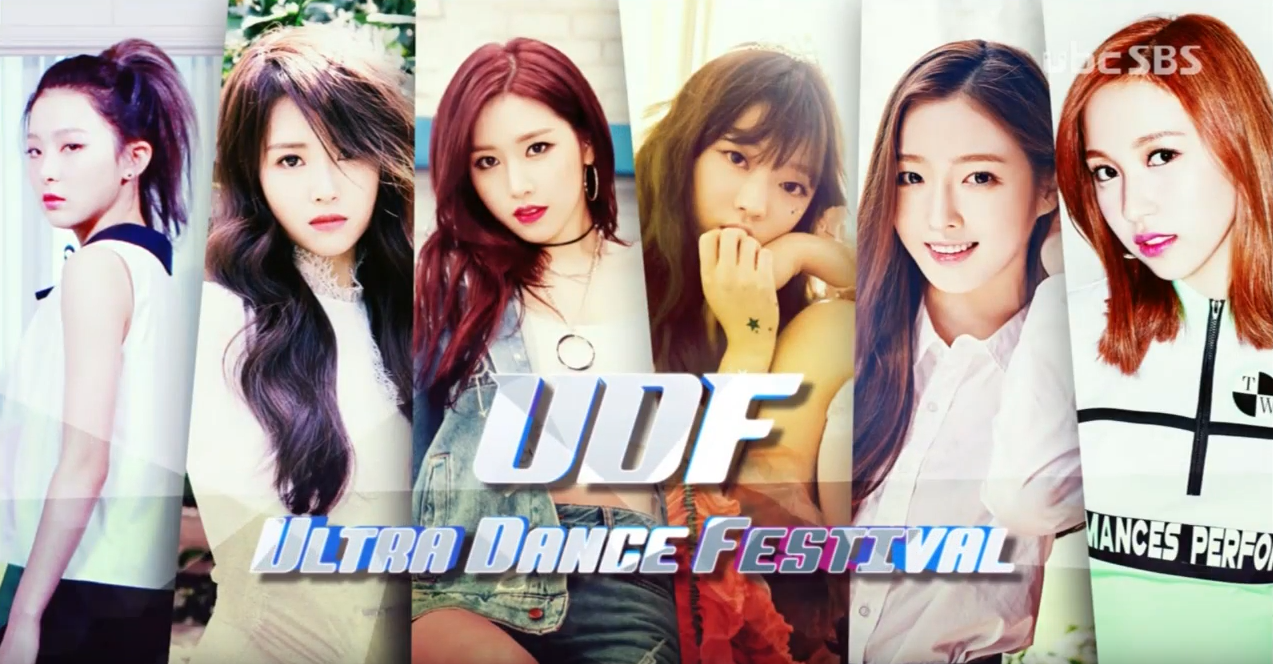 Making comebacks this week were Wonder Girls with “Why So Lonely,” BEAST with “Ribbon,” and SEVENTEEN with “Very Nice.” NCT 127 made their debut performances on “Inkigayo” this week with “Fire Truck” and “Once Again.”

Watch the rest of the performances below:

Wonder Girls – “Why So Lonely”

Update: An error has been corrected in regards to the second place winner in this episode.

Taeyeon
Inkigayo
How does this article make you feel?