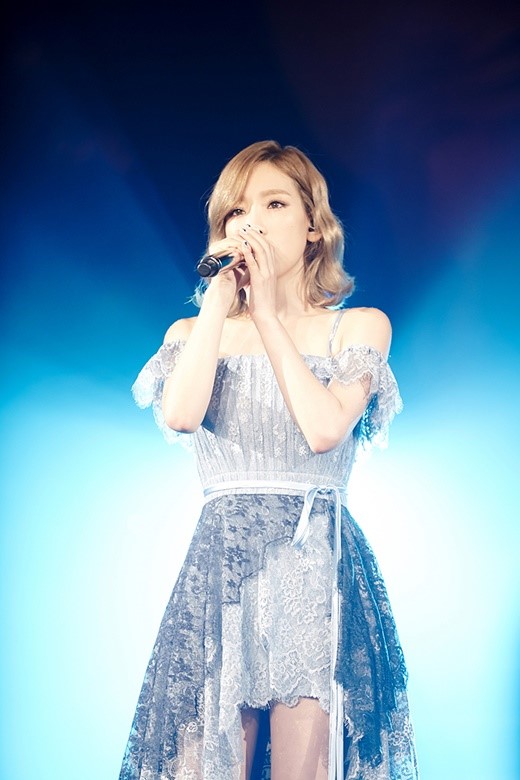 Girls’ Generation’s Taeyeon shares her sentiments about performing alone and holding a concert by herself.

On July 10, the girl group leader held her “Butterfly Kiss” concert at the Seoul Olympic Hall, with 6,000 fans in attendance.

After starting off with thrilling dance hits from her second mini album “Why,” such as “Up & Down,” “Good Thing,” “Fashion,” and “Night,” Taeyeon continued with performances of the soothing ballads that accentuate her voice, such as “Rain” and “Gemini.”

During the concert, she reveals, “There’s a lot more on my mind since I have to fill such a huge stage all by myself.” Becoming momentarily speechless at their love and support, the singer expresses her gratefulness to her fans who crowded the concert venue.

Following her concerts in Seoul on July 9 and 10, she will continue her “Taeyeon, Butterfly Kiss” concert series at the Busan KBS Hall on August 6 and 7.

Support the artist by buying Why from YesAsia