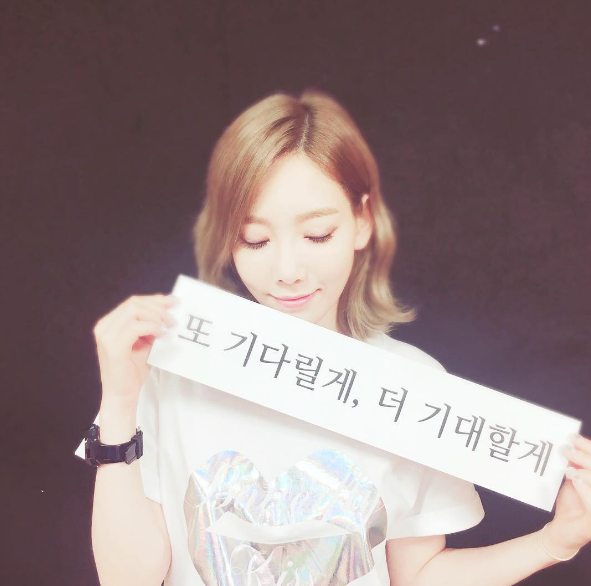 Girls’ Generation member Taeyeon had all the feels after wrapping up her two-day solo concert series “Butterfly” in Seoul.

Following the last concert, which took play on July 10 at Seoul Olympic Hall, Taeyeon posted a heartfelt message onto her Instagram expressing her gratitude for her fans and everyone else who was involved in bringing the concert to life.

Taeyeon writes, “#ButterflyKiss So many people labored together for countless hours for this concert. This includes my SONEs who believed and waited until the end ? I realized again that I am truly a blessed person in this 28th year. My precious now. My precious [fans]?#tysone.”

Taeyeon’s next solo concert series will be held in Busan on August 6 to 7.

Support the artist by buying Why from YesAsia
Girls' Generation
Taeyeon
How does this article make you feel?