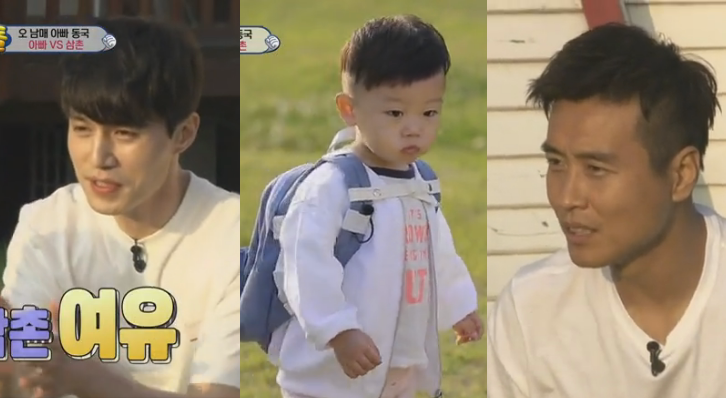 Watch: Daebak Chooses Between His Dad, Lee Dong Wook, And His Sisters On “The Return Of Superman”

Daebak’s love has been put to the test again on “The Return of Superman”!

On July 10’s episode of “The Return of Superman,” Daebak and his sisters continue to have fun with actor Lee Dong Wook, who was recruited to babysit them for the day in last week’s episode. This time, they’re taken on a camping adventure at a water park by Lee Dong Wook and their dad Lee Dong Gook.

While they’re there, one of the guys has to go get groceries, and Lee Dong Gook suggests that they determine who has to do it by using Daebak! When Lee Dong Wook babysat the kids back in April, Daebak shocked his dad by choosing Lee Dong Wook over him in a test of his affections. 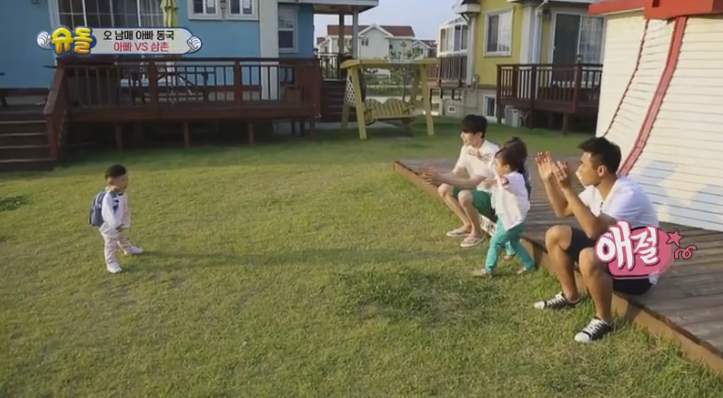 The pair sit on the deck and Lee Dong Gook asks Daebak whether he wants to stay with him or Lee Dong Wook. Daebak surprises everyone by immediately running into his sister Soo Ah’s waiting arms, but he points at her and tells her to sit down. He then dashes back to the starting line, as his dad and Lee Dong Gook both try to persuade him to come to them. 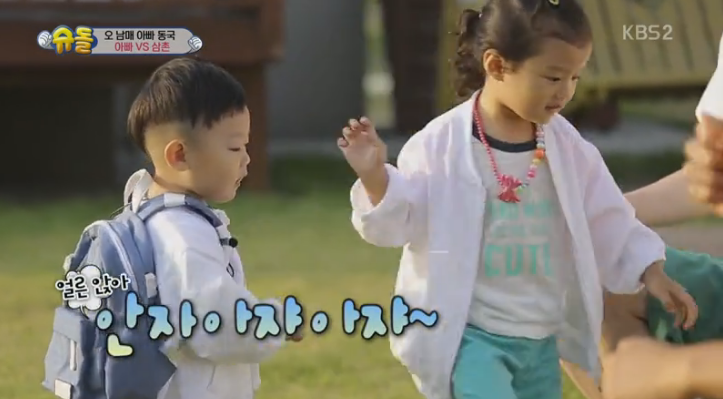 While wordlessly looking his dad in the eye, Daebak slowly walks over into Lee Dong Wook’s arms. Lee Dong Wook laughs and suggests to Daebak that he do it again. 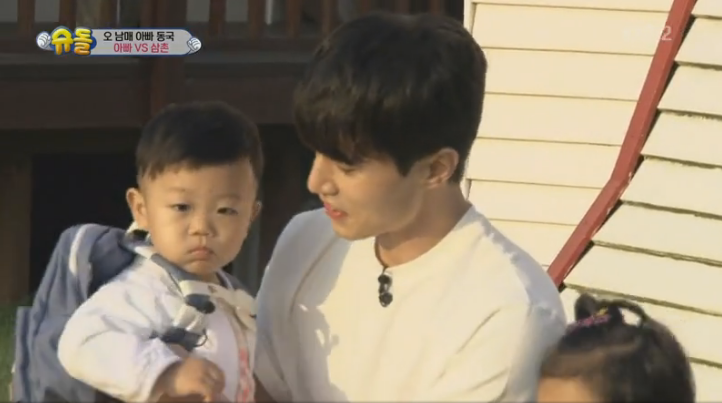 “I’ll give you another chance,” Daebak’s dad says to him. “Think hard!”

His sisters also join in the competition again, and Seol Ah smiles brightly at her brother, clapping her hands together to get him to come to her. Daebak runs right to her, and gets a big hug! 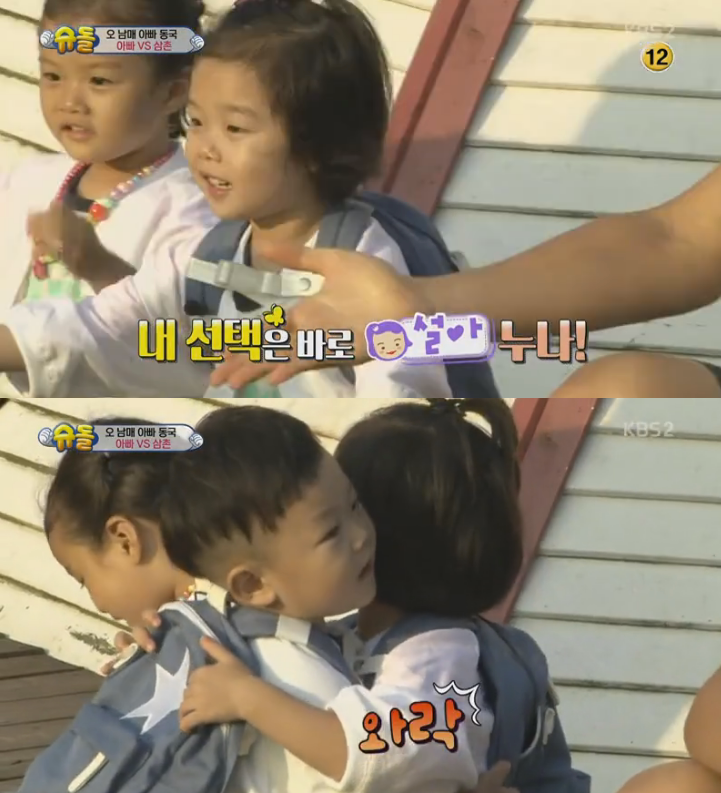 Seol Ah, who often asks Daebak which of his sisters he likes more, looks absolutely thrilled to have won. 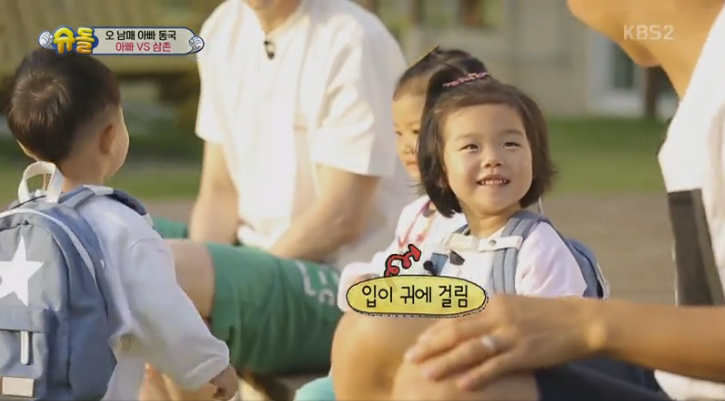 The guys give Daebak one last shot, and Lee Dong Gook says to him, “You’ve chosen Uncle Lee Dong Wook, Soo Ah, and Seol Ah, what about me?” Daebak reaches out to him and says, “Dad!” before running over to his father. 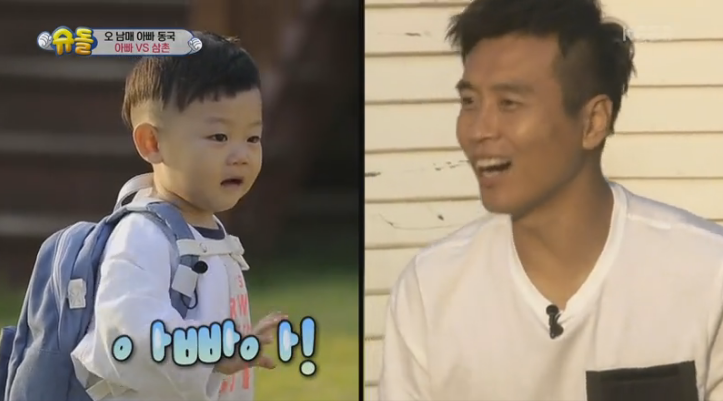 After an adorable celebration, Lee Dong Gook looks a little sulky, and says, “I’m the very last one though.” 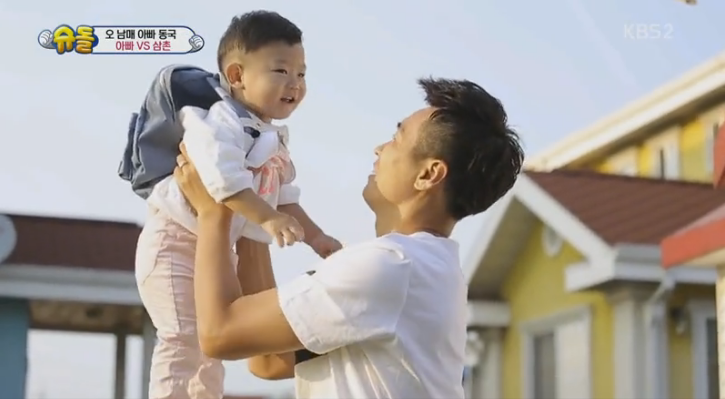 Daebak may have chosen him last, but when Lee Dong Gook heads out with the twins to get groceries, leaving Daebak with Lee Dong Wook, his son cries out for him. Aww! 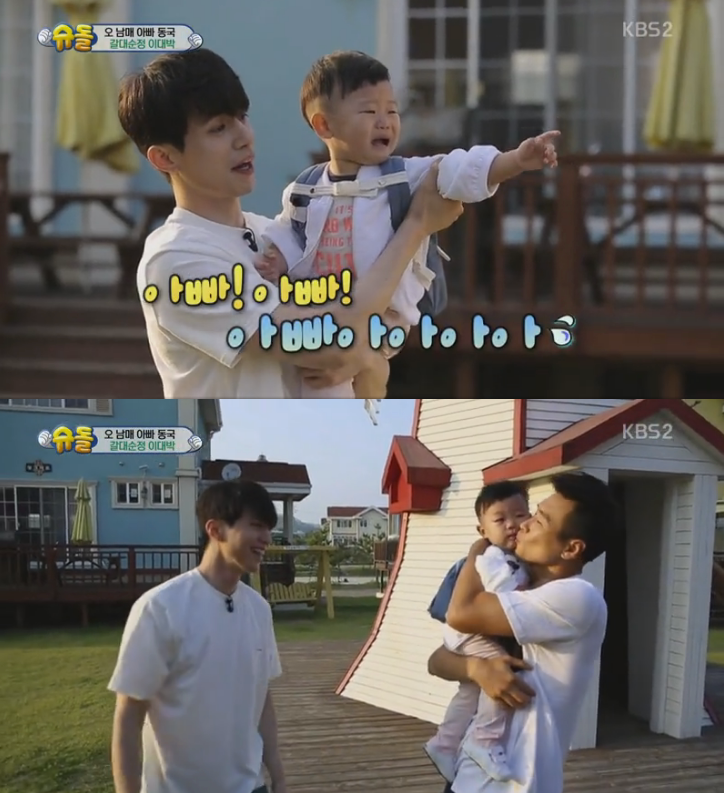 Watch the scene in the episode below!