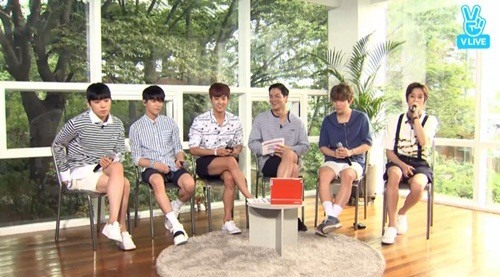 Teen Top has revealed the next project they have in store for their sixth anniversary!

“We have sung fan songs for our Angels in the past, but with the ‘Angel Song Project,’ we plan on personally writing and composing [fan] songs ourselves to express our thankful hearts on our sixth anniversary,” L.Joe explains.

The “Angel Song Project” is slated to consist of two fan songs. During the broadcast, the members play a game to divide themselves up into two teams. The first team, composed of C.A.P, Ricky, and L.Joe will be writing a hip hop song, and the second team, composed of Changjo, Niel, and Chunji, will do a ballad.

Teen Top debuted in July 9 of 2010 and is celebrating their sixth anniversary with a series of projects. They kicked off the celebrations by sharing the previously unreleased music video for “Love Comes,” a track they almost debuted with.

Are you looking forward to the “Angel Song Project”?