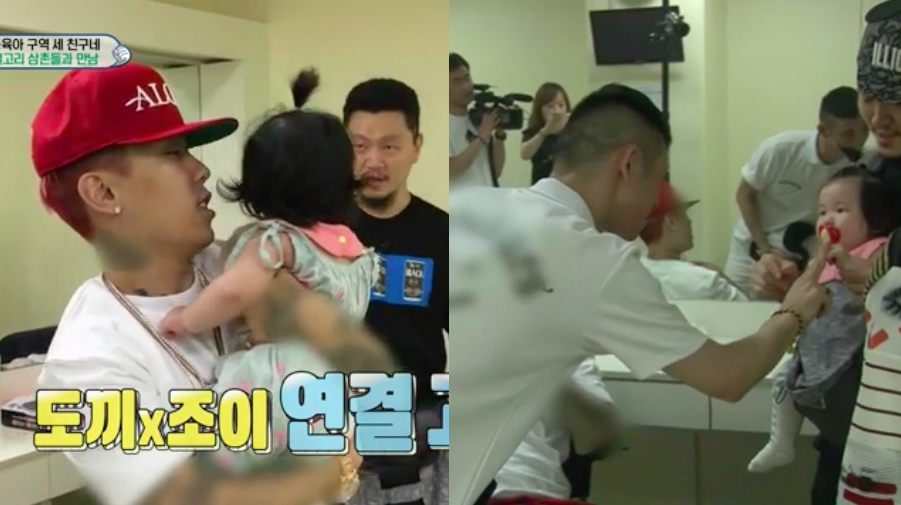 Watch: Dok2, The Quiett, And Beenzino Hang Out With Yang Dong Geun And Baby Joy On “The Return Of Superman”

The latest episode of “The Return of Superman” gives fans a glimpse backstage at a Beenzino concert, featuring Yang Dong Geun and the guys of Illionaire Records!

On July 10’s episode of the show, Yang Dong Geun brings his young daughter Joy, and the family’s two dogs, on stage with him at Beenzino’s “Beenzino 12” concert in Seoul. Other featuring guests are Beenzino’s label mates Dok2 and The Quiett.

After they perform with Beenzino, The Quiett and Dok2 join Yang Dong Geun and Joy in their shared dressing room. Yang Dong Geun tells them they did a great job, and then says to Dok2, “Are you going to hold her?” 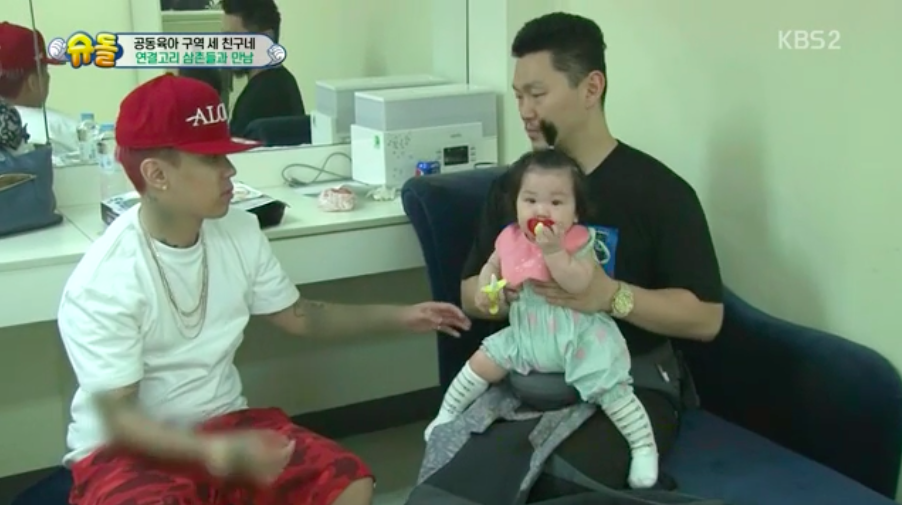 Without any hesitation, Dok2 stretches his arms to prepare to hold Joy. “You like babies!” says Yang Dong Geun. “You even babysat.” 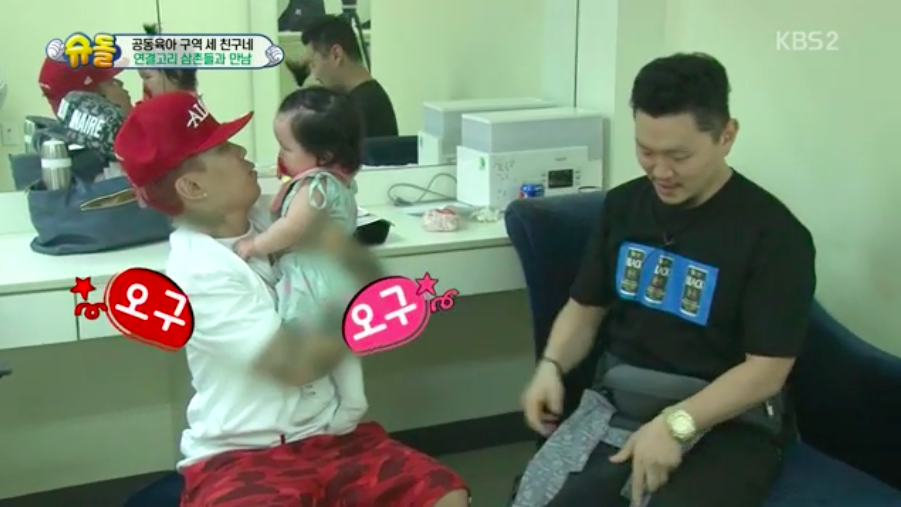 Dok2 then takes Joy in his arms, and she looks completely comfortable with him. 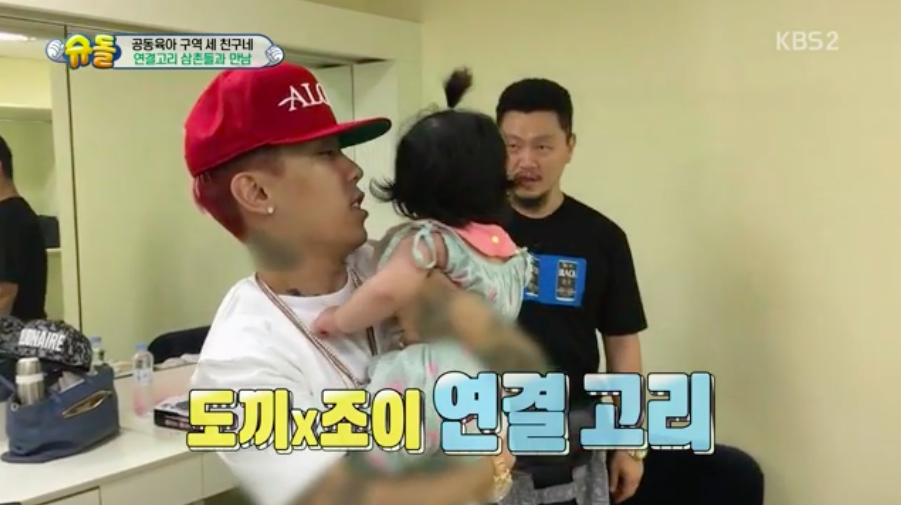 “Don’t they say that daughters look like their dads?” Dok2 asks Yang Dong Geun, when Joy is back with her dad. “It’ll be really bad if she looks like me,” replies Yang Dong Geun with a laugh. 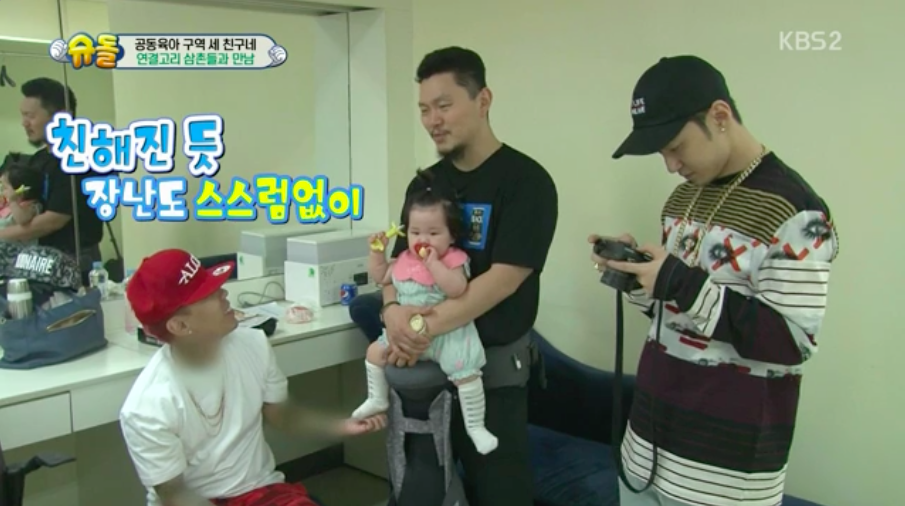 We then see The Quiett holding hands cutely with Joy, who grabs onto his finger. Yang Dong Geun says he should get married soon, and asks The Quiett if he’d want his future kids to be in the music business. Both Dok2 and The Quiett agree that even if their kids don’t get into music, they hope they’ll like hip hop. 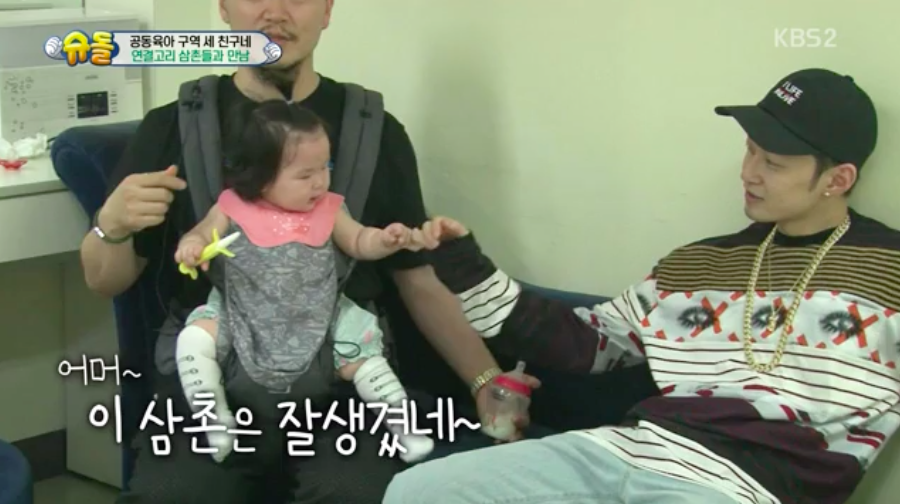 Dok2 says it’ll make their kids respect them, and then promises to teach Yang Dong Geun’s older son Joon Seo about what a great rapper his father is. 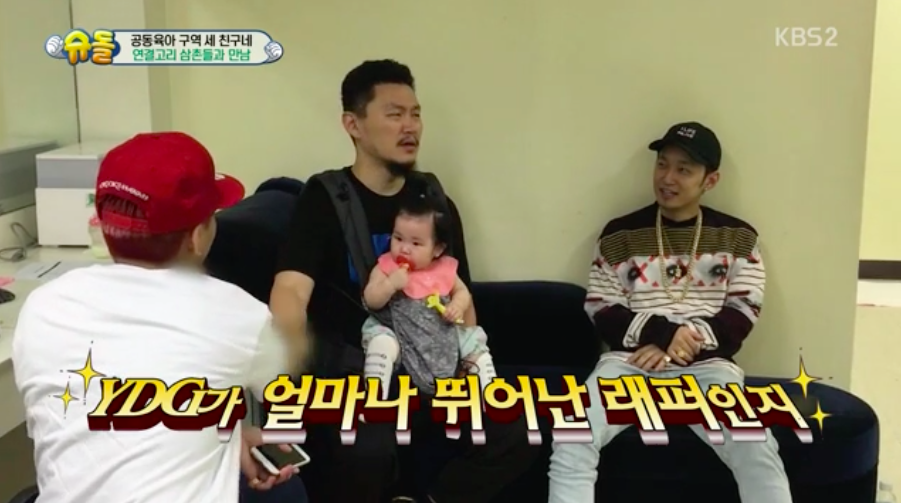 Beenzino then arrives in the dressing room, and says hello to the guys and Joy with their unique greeting. 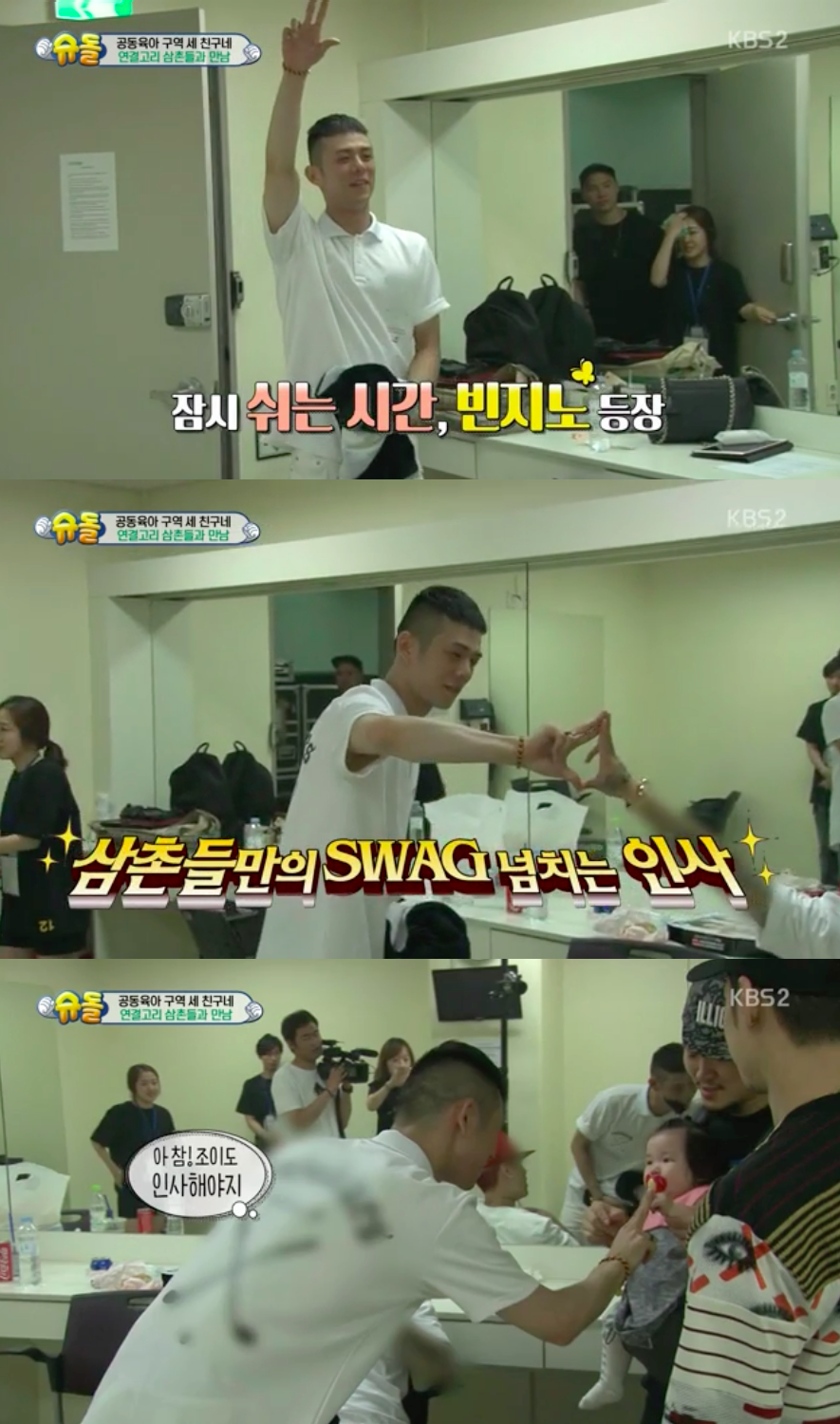 Watch their meeting and performance in the video below!

The Return of Superman
Dok2
Joy
The Quiett
Yang Dong Geun
Beenzino
How does this article make you feel?