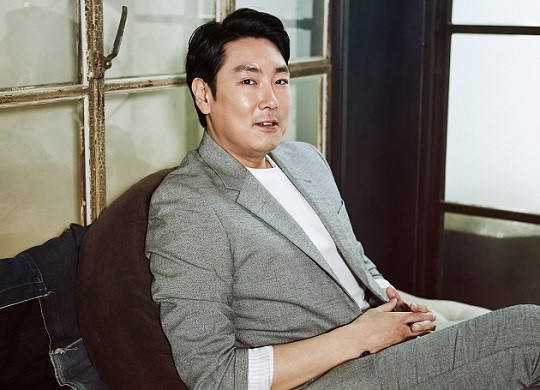 Actor Jo Jin Woong recently sat down for an interview to talk about his long career in the industry.

After making a name for himself on the stage, Jo Jin Woong debuted in his first film in 2004. Since then he has been involved in over 50 projects, including the recent tvN hit drama “Signal” and the high-grossing film “Assassination.”

In the interview, Jo Jin Woong talks about his popularity and how he feels about his choice of career.

“I’m not the type to dwell on fame,” he says, “but I’m conscious of it. I know that I have to be more responsible when I can feel people watching so I feel the weight of that.”

There are situations where he feels more responsible than others. “When fans come up to me and say oppa or hyung, I know that I have to be better in order to set a good example.”

“Are there times when I want to give up acting?” he continues. “Every day. Really, every day, all the time. But I can’t say it. Once my wife said something like that. She said sometimes my lifestyle was so hard that she wanted to run away. When I asked her why she didn’t, she told me, ‘But you have nowhere to run.'”

He adds later, “The work of an actor is always fresh and exciting. You want to keep feeling those feelings, but there is no clear boundary. When I work on a project, there are hard times. There are times when I can’t sleep because I keep thinking of the next day’s scenes. And nobody can help you. The moment the director calls ‘Action’ you have to struggle on your own.”

Jo Jin Woong recently appeared in the film “The Handmaiden” and “The Hunt” is next in line to be released in theaters.

Jo Jin Woong
How does this article make you feel?