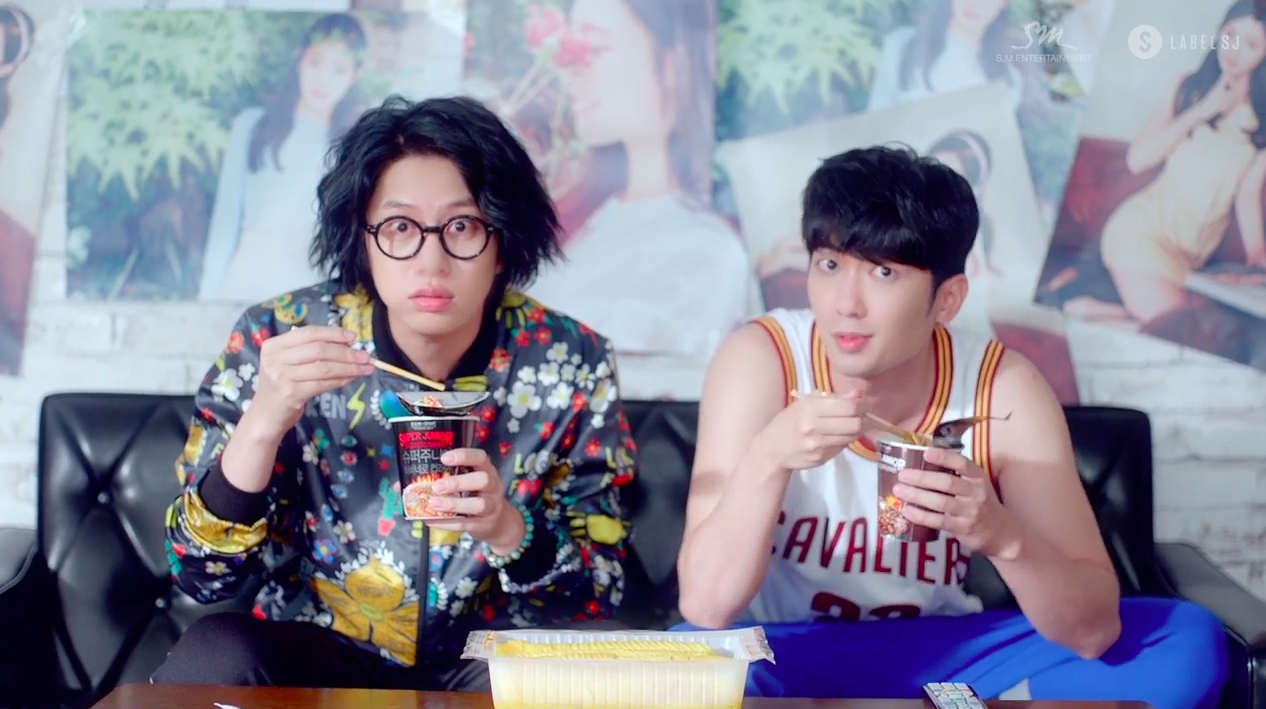 On July 12 at midnight KST, Kim Heechul and Kim Jungmo dropped their second mini album, entitled “Goody Bag.” The mini album features the title track “Ulsanbawi,” a track influenced by the genre of trot, a kind of Korean pop music that was dominant up until the 1980s.

The music video for “Ulsanbawi” features Kim Heechul trying to achieve his fanboy dreams by meeting a top celebrity, who’s played by I.O.I and DIA member Jung Chaeyeon, and inviting her to watch their busking performance. Check it out below!

As with all five original tracks on their new mini album, “Ulsanbawi” was composed and arranged by Kim Jungmo, with the lyrics written by Kim Heechul. The mini album also includes a remix version of the track.

Label mates and friends Kim Heechul of Super Junior and TRAX’s Kim Jungmo first formed their project group in 2011, and released their debut single “Close Ur Mouth” under the name M&D. The pair most recently dropped the track “Narcissus,” which features MAMAMOO’s Wheein and is included on their latest mini album.

What do you think of Kim Heechul and Kim Jungmo’s new track?