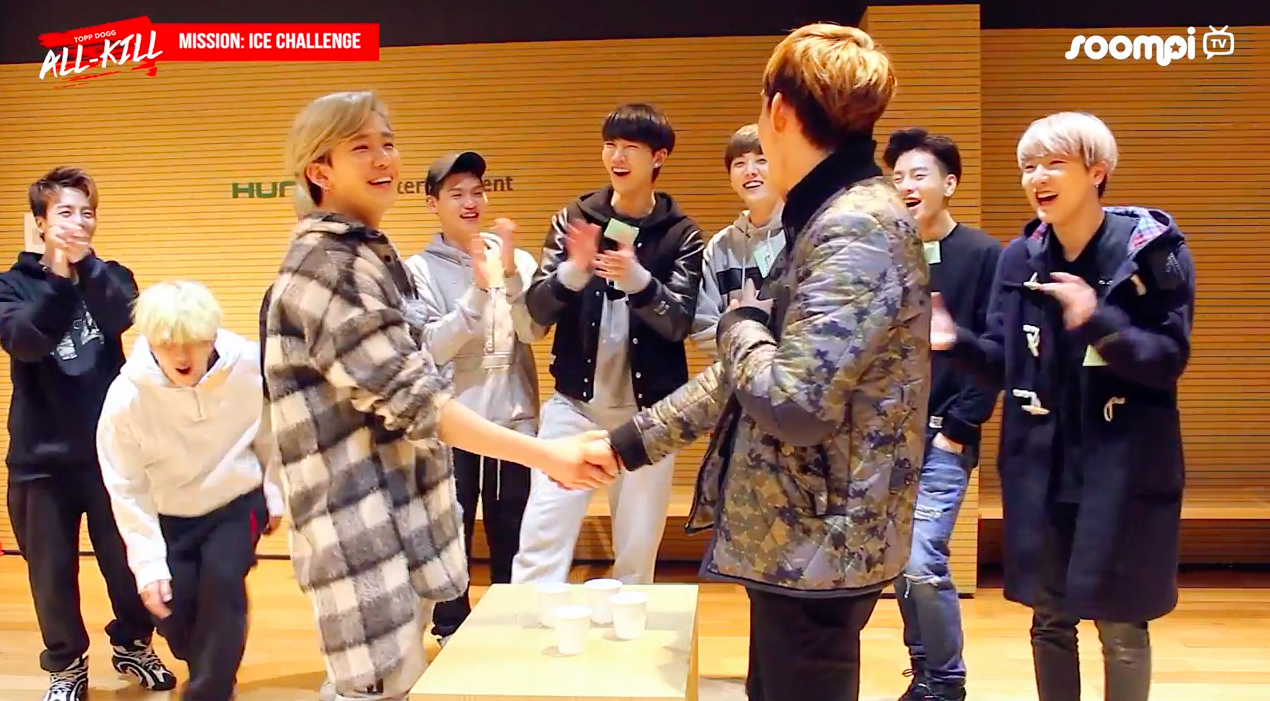 In July 11’s episode of “Topp Dogg: All-Kill,” the guys of Topp Dogg put their cold tolerance to the test!

This is the third round of their team battles, which started with the pepero ring challenge and last week featured the members taking the “Bean Boozled” challenge. In this episode, the members are once again split into “short” and “tall” teams, and each team sends out one member at a time to hold hands with the other team’s contestant. The trick is that they have to hold ice cubes in between their hands, and whoever gives up because they can’t take the cold anymore is the loser! 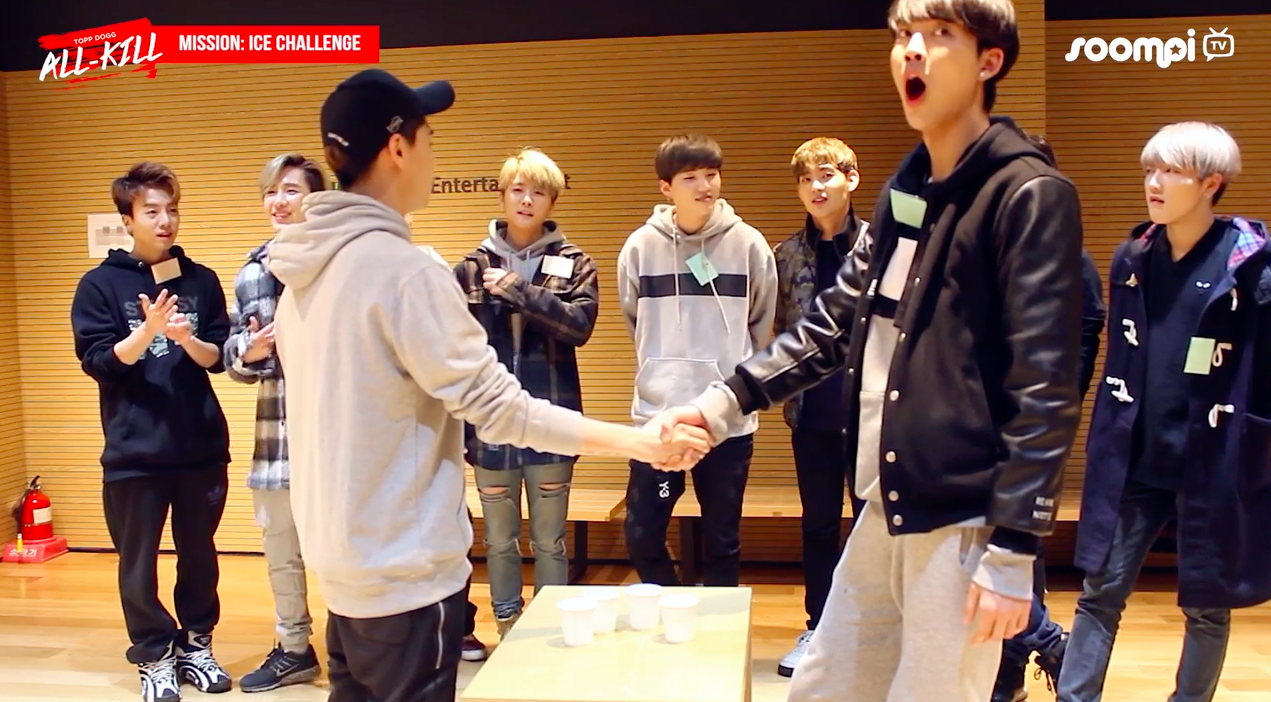 The guys are amazing at powering through the pain for their teams, and so they take things up a notch by playing word games, making up acrostic poems on the spot, and having staring contests, all while still holding on to the ice.

P-Goon and Yano are up first, and they both seem to have difficulty focusing while dealing with the cold. Next up are Hojoon and A-Tom, who have way too high a pain tolerance, and then Nakta has a really hard time dealing with the ice but still manages to come up with a cutting acoustic poem of Jenissi’s name. B-Joo also impresses with his insult poem for Sangdo, despite the fact that he’s been squirming around in pain. Last up are Xero and Hansol, who end up in a spontaneous dance battle as they try to make the other give up! 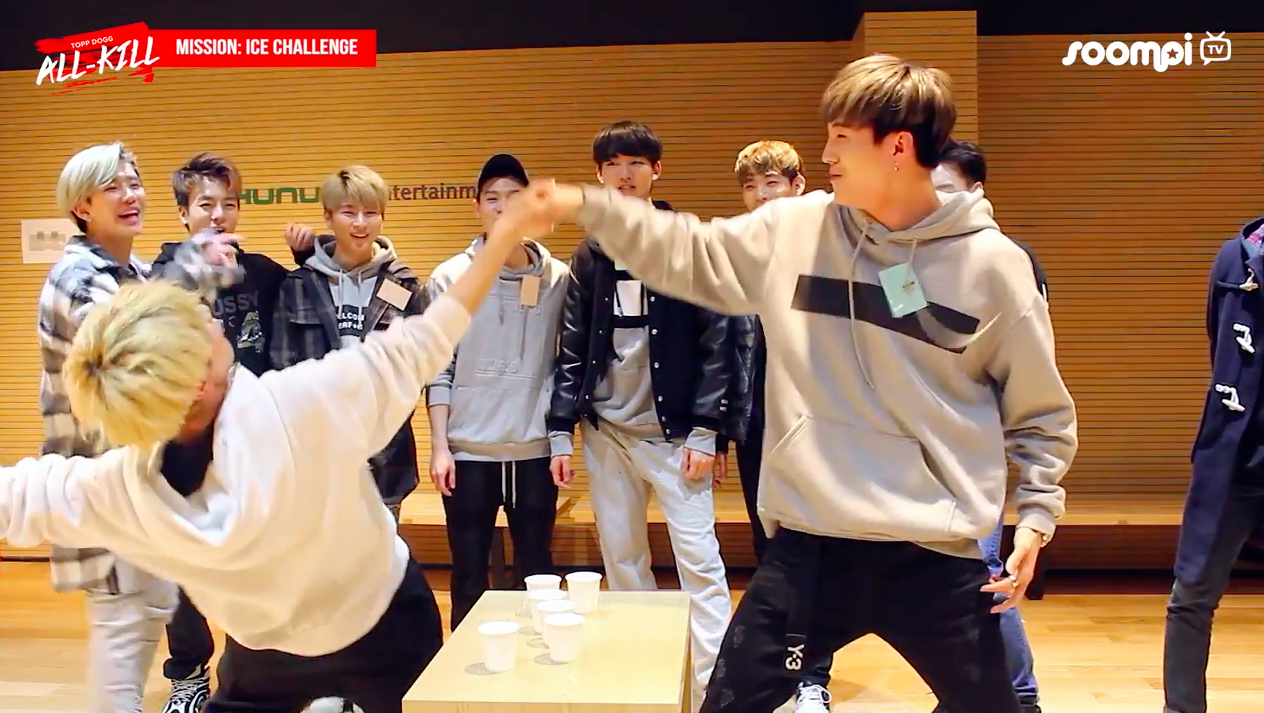 Check out their battle in the full episode below, with English subtitles.

Topp Dogg
Topp Dogg: All-Kill
How does this article make you feel?