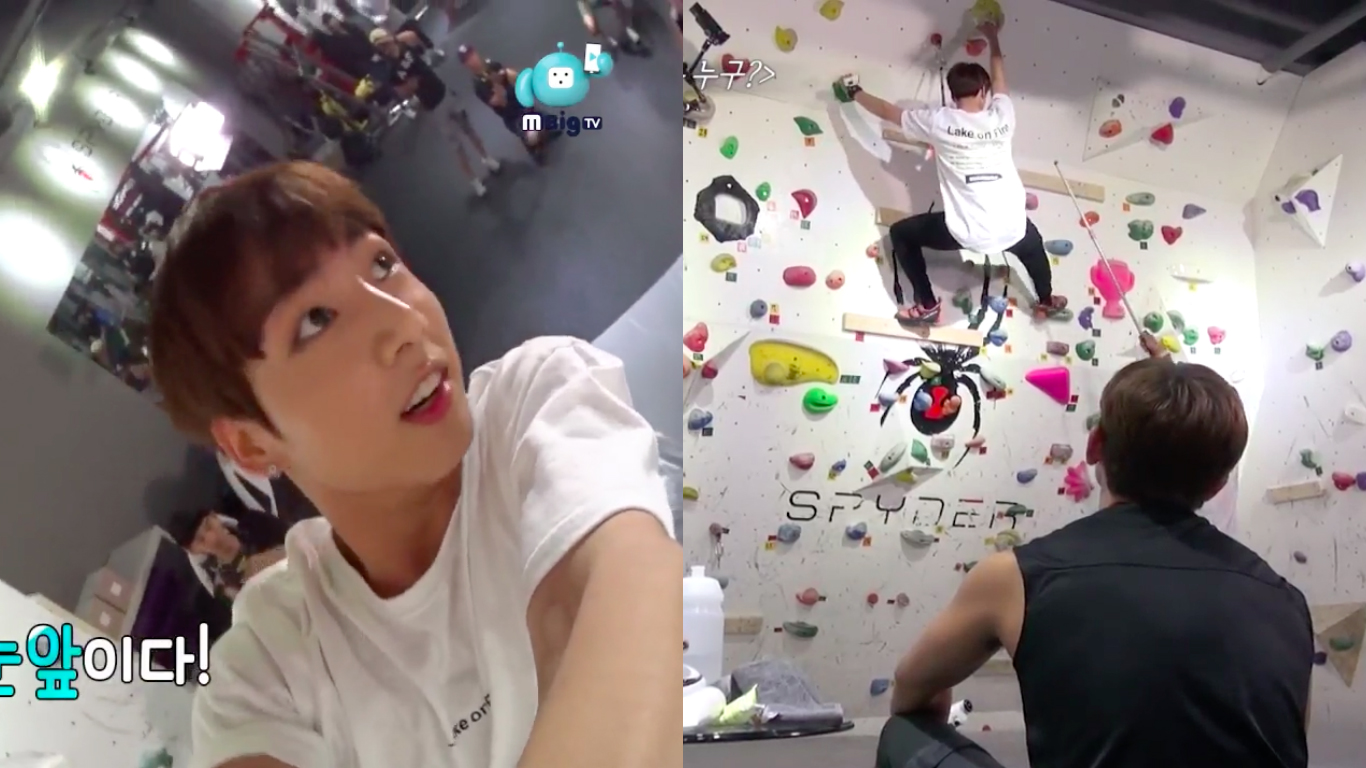 Watch: BTS’s Jungkook Keeps His Eye On The Prize Of Meat During Minwoo’s Climbing Challenge On “Celebrity Bromance”

On July 12’s episode of “Celebrity Bromance,” BTS’s Jungkook and Shinhwa’s Minwoo continue their bonding time at the gym!

Minwoo promises Jungkook that he’ll buy him meat if he succeeds in passing the level that their trainer suggests for him. Jungkook ends up taking on level five, and Minwoo tells him to just keep his mind on the meat and also think about how his fellow BTS members are going to be jealous later!

Jungkook looks like he’s not having any trouble climbing the wall, but starts to yell out “Meat! Meat!” to motivate himself. 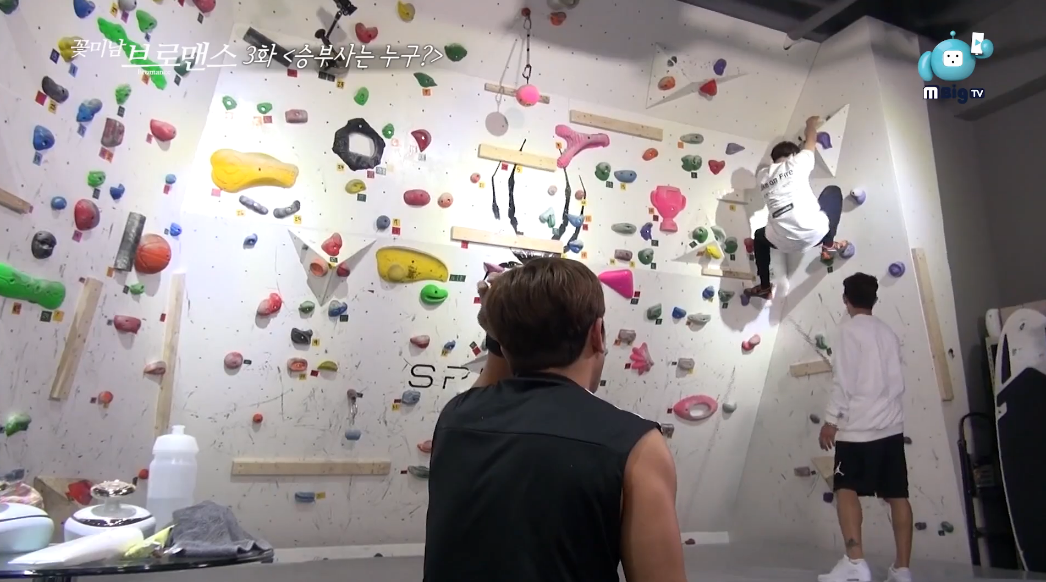 Jungkook admits in his interview that he wanted to try the course that Minwoo had completed, and adds with a laugh, “Also I worked really hard because he said he would buy me meat, and I wanted to eat it!” 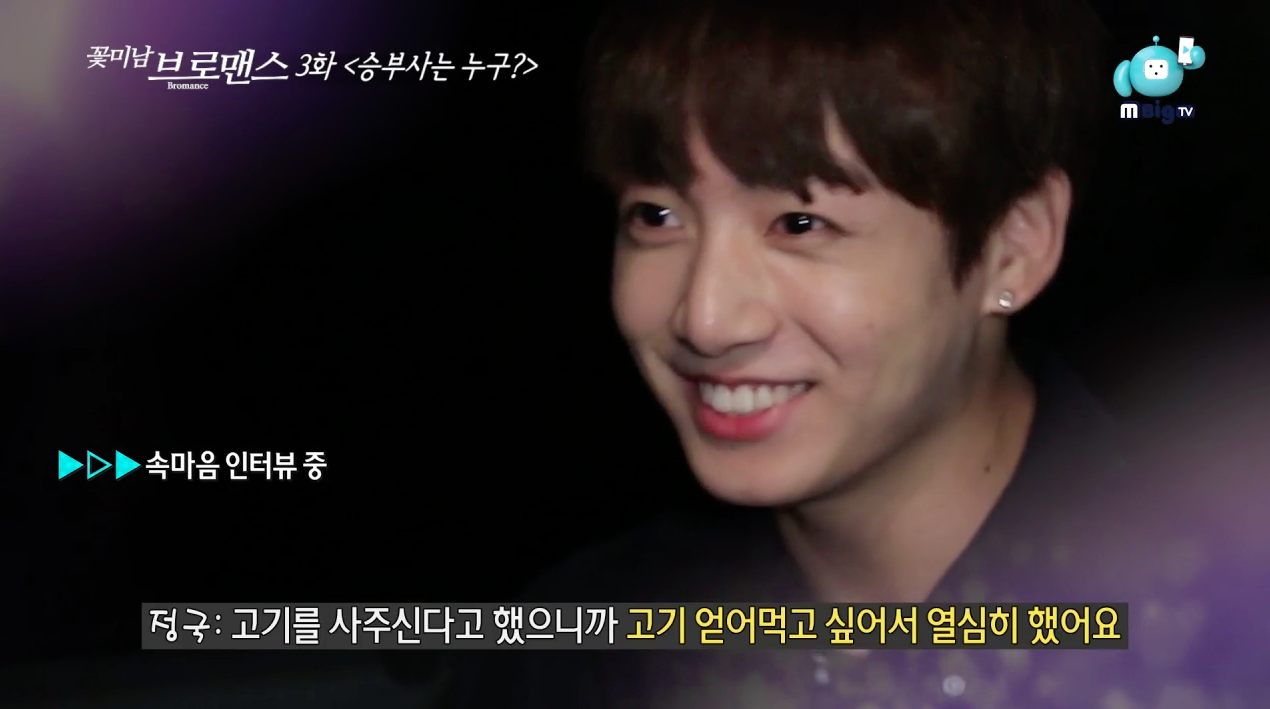 “Why is he so good at this?!” says Minwoo as Jungkook nears the end. “Someone make a reservation at the restaurant!” 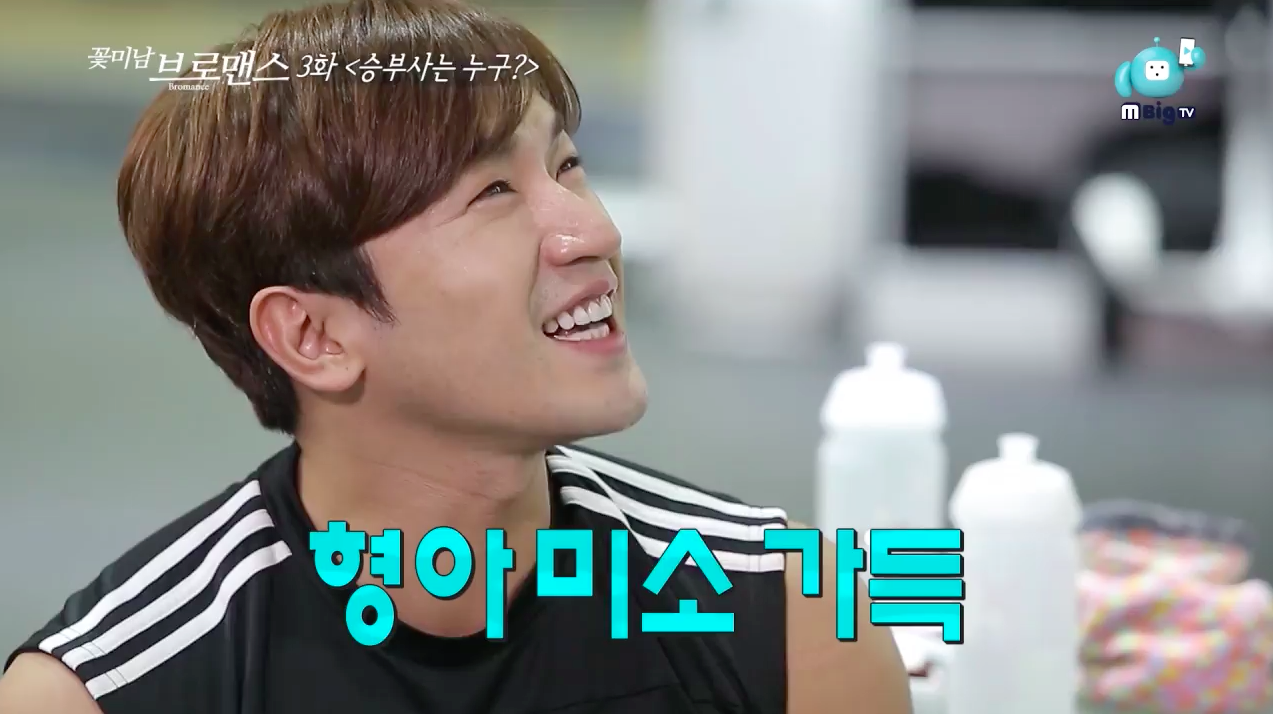 When Jungkook finally makes it to the end, he jumps down to the ground and yells “Meat!” happily. The trainer and Minwoo both tell him he’s got a talent for climbing. 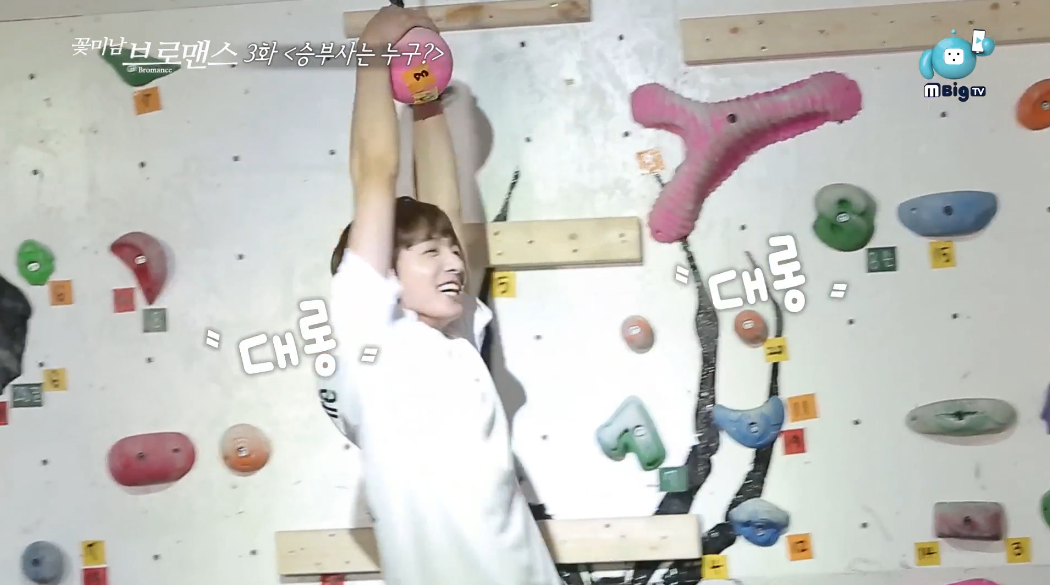 Jungkook and Minwoo then get competitive as they test their balance by exercising on surfing boards. After all their hard work, Minwoo says he’ll fulfil his promise to take Jungkook for some meat, and adds that he’ll even grill it for him.

In his private interview, Jungkook is asked when he started to feel comfortable with Minwoo. “When we were rock climbing,” he answers. “The wall between us started to disappear then.”