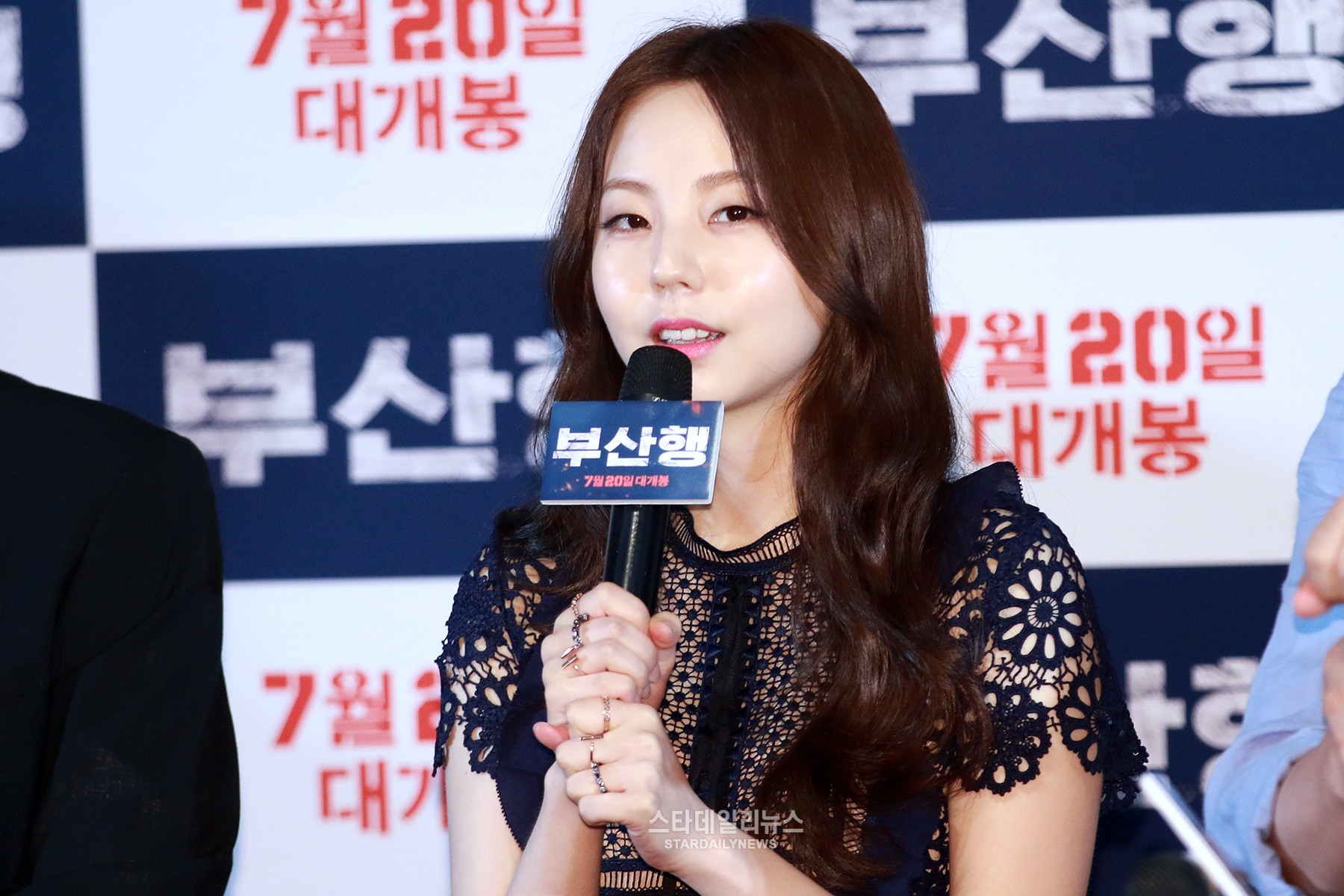 Actress and former Wonder Girls member Ahn So Hee has shared her thoughts on her film “Train to Busan.”

A press conference for the film was held on July 12 at the Lotte Cinema Konkuk University Entrance Branch, where the actress stated, “I’m excited and nervous about being in a movie after so long.”

Ahn So Hee revealed that she saw the film for the first time that day, and shared, “I’m still fascinated and surprised whenever the scenes I’m in are on screen. I don’t think I can ever be satisfied with my own acting.”

She continued, “I felt proud and moved to see the film all finished and to see my sunbaes. I even shed some tears while watching.”

Ahn So Hee
Star Daily News
Train to Busan
How does this article make you feel?