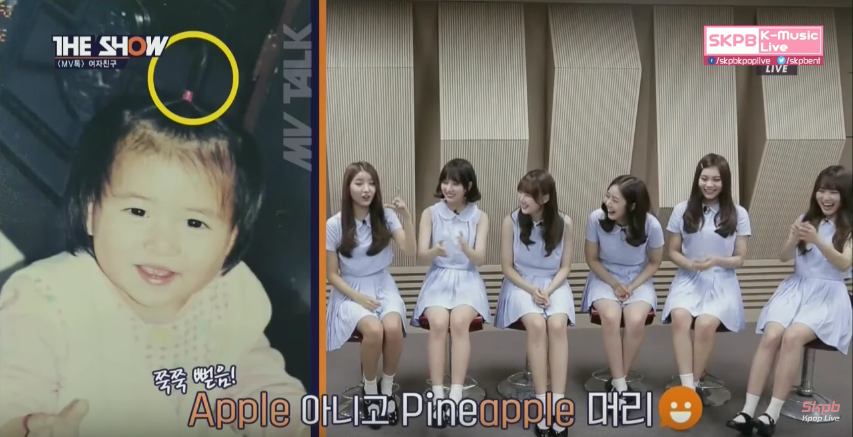 GFRIEND recently gave an interview on “The Show” where they shared what went on behind the scenes on their music video and looked at childhood photos of themselves.

Yerin revealed that some scenes had been shot by Yuju herself. Yuju explained, “I just used a small camera to shoot stuff on my own. But it ended up in the MV and I felt like a director.”

The girls also voted Yuju as the best at rollerblading, which they learned for the first time while filming. 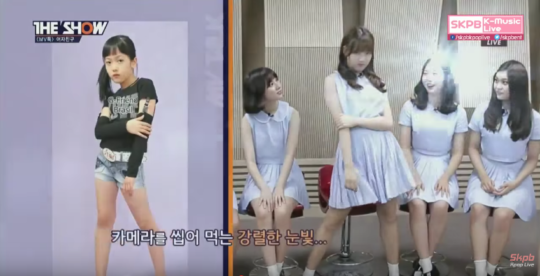 SinB said, “If you go on the Internet, there are so many childhood photos of me.” Yerin then copied some of the unique poses that SinB had been photographed in. 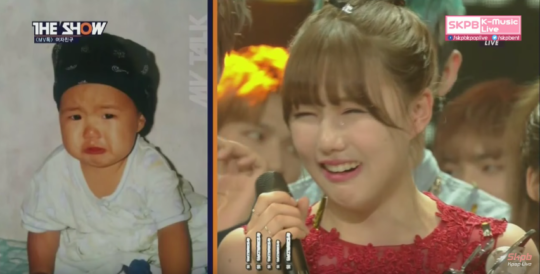 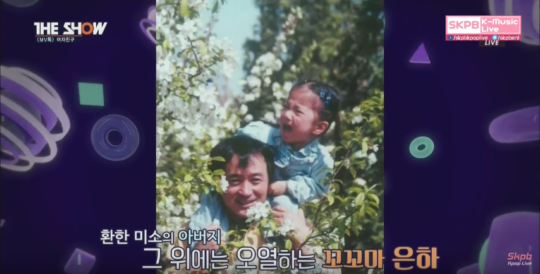 Yerin continued, “I went back home recently and my mom showed me some baby photos. My crying face was exactly the same.” Sowon was embarrassed by her “pineapple” hairstyle, while Eunha shared a funny photo where she was terrified at a bee while her father smiled into the camera.