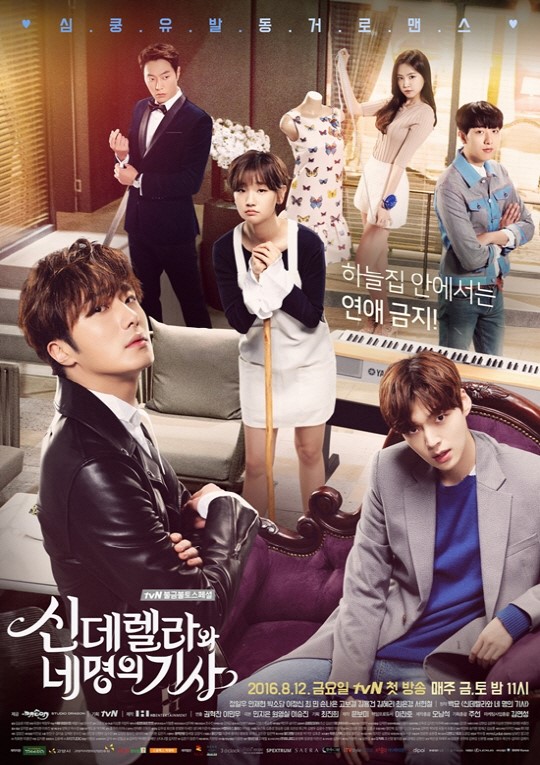 First Poster Revealed For “Cinderella And The Four Knights”

Amid the flood of hot dramas we’re looking forward to in the second half of 2016, tvN’s new Friday-Saturday drama “Cinderella and the Four Knights” is coming soon!

The first of 16 episodes scheduled to air on August 12 at 11 p.m., the show just released its first official poster featuring our female lead Park So Dam the four beautiful men in her life — Jung Il Woo, Ahn Jae Hyun, CNBLUE’s Lee Jung Shin, and Choi Min — as well as A Pink’s Son Naeun.

The production staff said, “The main poster reflects the image and story that the [drama] will be portraying. We will soon be revealing character posters and the characters’ stories one by one.”