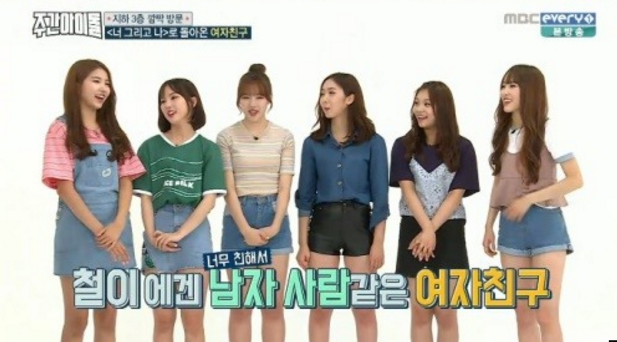 GFRIEND Reveals A Superstition They Have About “Weekly Idol”

GFRIEND made an appearance on the episode of MBC every1’s “Weekly Idol” broadcast on July 13. When the MCs asked the girls why they came on the show, they revealed a superstition that they have.

Yuju said, “We have a superstition. Before we start promotions, if we film ‘Weekly Idol,’ we perform well.” 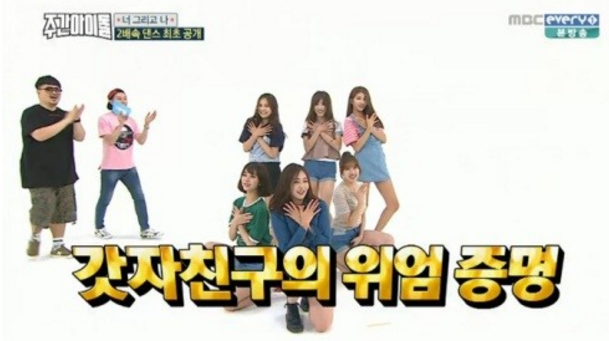 The girls then told viewers what they promise to do if their new song “Navillera” gets no. 1. Yuju said, “We’ll ride roller skates on stage. There’s a scene in our music video where we ride roller skates, and I want to ride them on stage, too.” Umji said the group would make a human butterfly, while SinB promised to bungee jump.

The MCs then asked GFRIEND to mention “Weekly Idol” and MC Defconn and Kim Heechul if they get no. 1 on MBC every1’s “Show Champion,” and the girls readily agreed.