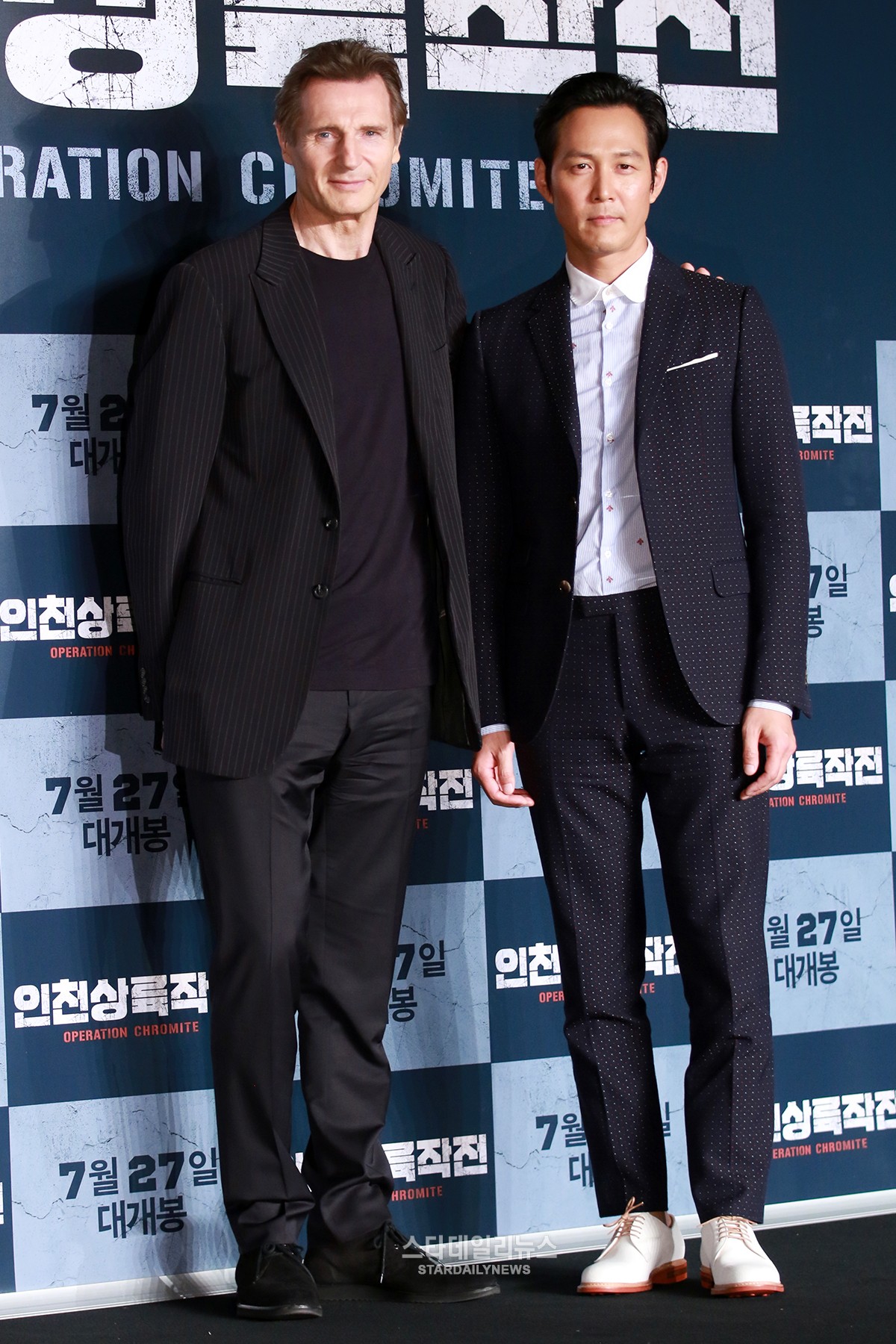 Liam Neeson and Lee Jung Jae may only appear briefly together in the film “Operation Chromite,” but Lee Jung Jae has clearly left a lasting impression on his fellow actor.

During a press conference for the film in Seoul on July 13, Liam Neeson was asked what he thought about Lee Jung Jae. The Hollywood star answers by explaining first that he’s been in around seventy films so far, and so he knows a real actor when he sees one.

“Lee Jung Jae is a real actor, and a very pure cinema actor,” he says. “He has a beautiful quality of stillness. As a performer, it made me feel very relaxed and at ease because I was working with a wonderful fellow professional.”

“Operation Chromite” is a Korean film based on the Battle of Inchon during the Korean War. It stars Lee Jung Jae and Lee Beom Soo, with Liam Neeson taking the role of Douglas MacArthur, the American leader of the United Nations forces in Korea during the first half of the war. The film will be opening in theaters on July 27 in Korea.