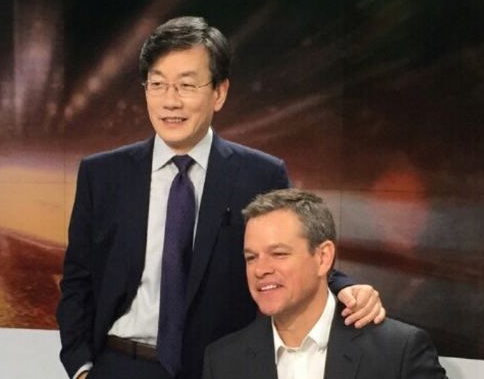 Back in Korea to promote his newest film “Jason Bourne,” Matt Damon is set to appear on JTBC’s “Newsroom” on July 14. The actor chose the show over another entertainment program. Anchor Sohn Suk Hee interviewed the actor, asking Matt Damon questions about and beyond the movie to his personal opinions on politics and environmental issues.

“Newsroom” is known for interviewing not only Korean celebrities but also globally known figures such as Jason Mraz, Russell Crowe, and even Twitter’s CEO Jack Dorsey to name a few. Many Hollywood actors have gained much attention for appearing on the “Newsroom.” Currently, the show is continuing to interview famous celebrities such as Hugh Jackman, and now Matt Damon is appearing as well.

What other international celebrities would you like to see on the show?

Newsroom
Matt Damon
How does this article make you feel?